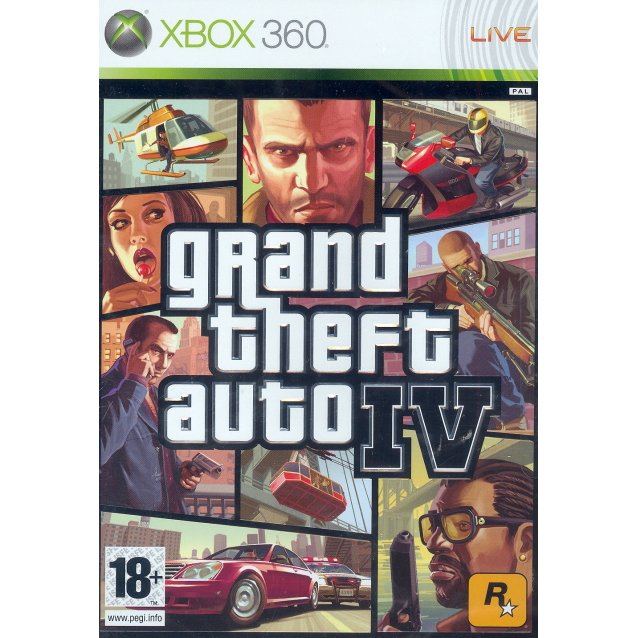 Rockstar Games
Rated
By Our Customers
Compatible with Xbox360™, Xbox One™

Utterly Brilliant!
So, I leave my apartment within the game and head out onto the streets of Liberty City. Within a few minutes of walking around my new neighborhood, I witness a car accident.

The driver of the car that got hit gets out of his vehicle, pulls the other driver out of his and proceeds to lay into him with his fists.

What does the American Dream mean today?For Niko Bellic, fresh off the boat from Europe, it is the hope he can escape his past.For his cousin, Roman, it is the vision that together they can find fortune in Liberty City, gateway to the land of opportunity.As they slip into debt and are dragged into a criminal underworld by a series of shysters, thieves and sociopaths, they discover that the reality is very different from the dream in a city that worships money and status, and is heaven for those who have them and a living nightmare for those who don't.

If you are familiar with Grand Theft Auto IV, why not let others know?

Correct story and setting, a very large city (but lifeless in my opinion, with a glaring lack of things to do), plenty of car chasing and shooting scenes and a curious "dating" system using a virtual cellular phone.

For me, the worst thing about the game (and others from the GTA series) is that you have to start again a quest from the very beginning if you fail to complete it. That's frustrating and it's always what it makes me to abandon each GTA game.
mauno83 (3) on 26, Oct. 2009 02:18 (HKT)
Masterpiece!
Great game,like playing a great movie
petaum (1) on 30, Sep. 2009 11:18 (HKT)
The Best Game In The History
I had played all the others games from this franchise, and I always thought that they were amazing, but after playing this one, I just think that this is THE BEST GAME EVER MADE, the music, the graphic, the gameplay, the online interactions, all the stuff is just perfect, they couldn't make a better game.

This is a great choice, and a game that everyone must have at home.
1 »