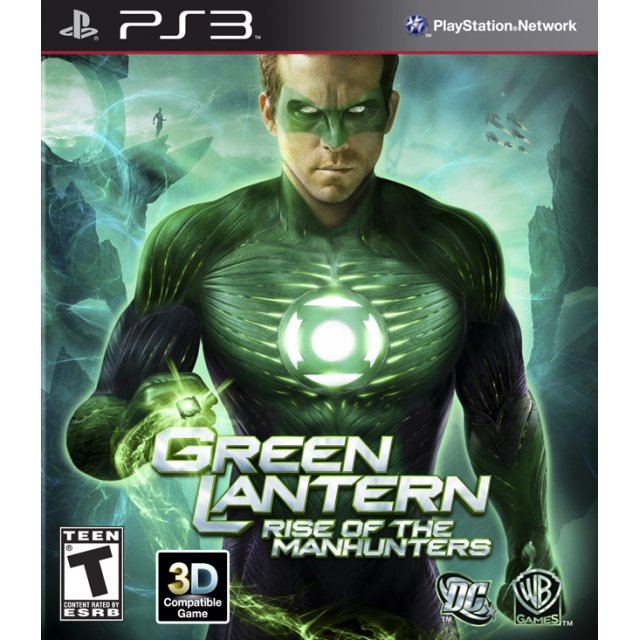 Works on all systems sold worldwide, a correct regional account may be required for online features.
1w Expected stock arrival within 1 week.
US$15.89
Our previous price:US$ 59.90
You save: US$ 44.01( 73% )
Manufacturer
Warner Home Video Games
Rated By Our Customers
Compatible With PlayStation 3™ (PS3™)
Version

Works on all systems sold worldwide, a correct regional account may be required for online features.
1w Expected stock arrival within 1 week
Price
US$15.89
Our previous price:
US$ 59.90
You save:
US$ 44.01( 73% )
Play-Asia.com Return & Refund Policy
Click on a thumbnail to see more pictures for Green Lantern: Rise of Manhunters

Harness the power of the ultimate weapon! Inspired by the upcoming Warner Bros. Pictures’ superhero feature film Green Lantern, Green Lantern: Rise of the Manhunters soars onto game consoles this summer, extending the theatrical experience of one of DC Entertainment’s most popular superheroes. Playing as gifted pilot Hal Jordan, the first human Green Lantern, gamers will create an arsenal of ring constructs and take flight in outer space and beyond to restore intergalactic order. Players will use the Power Ring to build an array of weapons from green energy to defeat the Manhunters – an evil android race bent on destroying the Green Lantern Corps.

If you are familiar with Green Lantern: Rise of Manhunters, why not let others know?