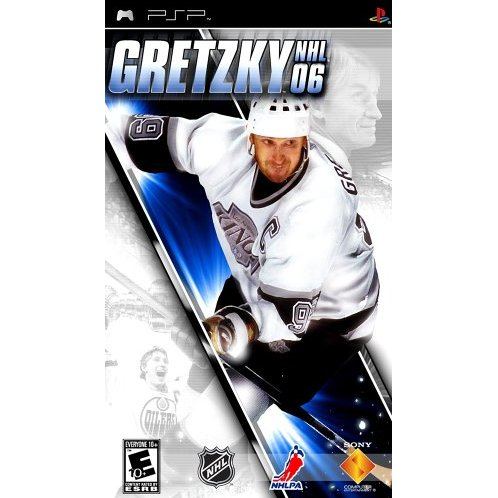 Gretzky NHL 2006 for PSP gives you the glory of winning on the ice, as you play as - or against - the legendary #99! It was designed as a true simulation that hardcore fans will love, while staying accessible to casual fans. This game also offers the Gretzky Challenge with unlockable, playable versions of Gretzky from his days as an Edmonton Oiler, Los Angeles King or New York Ranger. The new give and go lets you set up a perfect one-timer Load up the slap shot meter to beat the goalie with ultimate shot Play as or against all NHL teams, with access to every player and arena Play the Gretzky Challenge - Earn points by breaking Gretzky's actual NHL records and utilize those points to unlock jerseys, teams, and playable versions of Gretzky as an Oiler, an L.A. King or New York Ranger Two or more PSP systems can communicate directly via Wi-Fi connectivity for regional/local multiplayer gameplay All-new audio commentary delivered by the great Mike Emrick and Darren Pang.

No reviews for Gretzky NHL 06 yet.