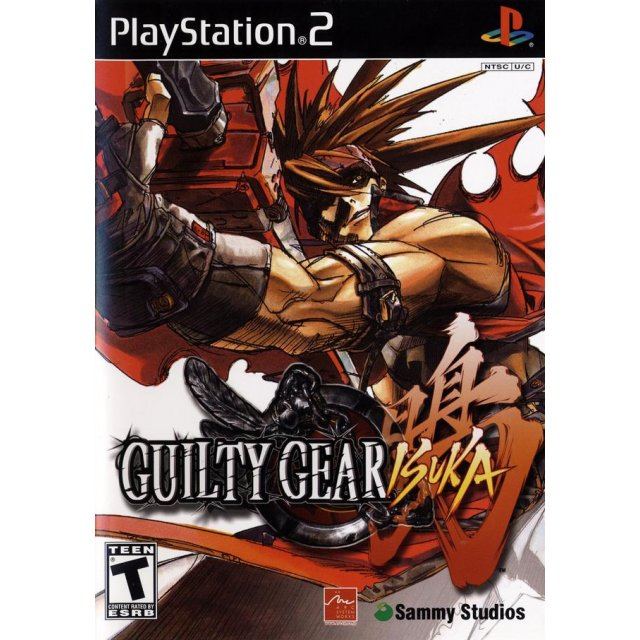 Collections
Sammy
Rated
By Our Customers
Compatible with PlayStation 2™ (PS2™)
For US/Canada systems.

[This review is based on another version of this product]
bungiefan (1) on 07, Oct. 2004 15:58 (HKT)
Not the best GG game, but still good at what it was made for...
This game was an experiment with the series. It\'s not very good when played solo or one versus one, but it is excellent when played two versus two. There are some changes that might disorient you, and some characters\' moves don\'t have their usual properties in order to balance 3-4 player play, but it is quite fun in 2v2, assuming you have the people available to fill those teams. The need for a multitap is a bit of a consideration.

Guilty Gear XX #Reload is a better choice if you only play 1 vs 1.
[This review is based on another version of this product]
Flit (116) on 16, Aug. 2004 03:05 (HKT)
what happen?
Ok I love the Guilty Gear series, but this is by far not the best one, I don’t know why Sammy put in 4 players, it just doesn’t work with this title, but its still the best looking 2D fighting game around, and it has a badass soundtrack, so if your looking for a fix of Guilty Gear and you’re a hardcore fan, then you should get this game, not one of the best games IV ever played but its still good.
[This review is based on another version of this product]
pekkle (1) on 10, Aug. 2004 23:02 (HKT)
No title
An awesome game but tough to get used to if you\'re a seasoned GGXX#Reload/GGX player. The background/foreground as well as multiple enemies factor is fun but it can get confusing because you have to press a button to turn around and face the other way instead of it being done automatically and the button layout is slightly different on the dual shock 2.
[This review is based on another version of this product]
Natawa on 30, Jul. 2004 02:42 (HKT)
No title
I own it. I play it ! I love it !! I\'m addicted to it !!!