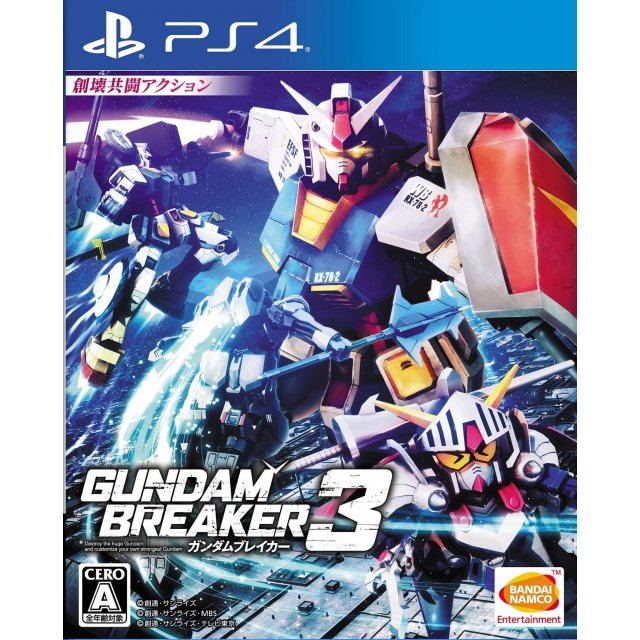 Works on all systems sold worldwide, a correct regional account may be required for online features.
1w Expected stock arrival within 1 week.
US$89.99
Manufacturer
Bandai Namco Games
Rated By Our Customers
Compatible With PlayStation 4™ (PS4™)
Version

Works on all systems sold worldwide, a correct regional account may be required for online features.
1w Expected stock arrival within 1 week
Price
US$89.99
Play-Asia.com Return & Refund Policy
Click on a thumbnail to see more pictures for Gundam Breaker 3

The third instalment of the fan-favorite Gundam Breaker series is on it's way! Taking a unique and meta approach towards the Gundam universe, Gundam Breaker 3 continues the formula of bringing about action-packed mecha on mecha battles that revolve around one of the core aspects of the series: Gunpla aka Gundam Model Kits!

If you are familiar with Gundam Breaker 3, why not let others know?