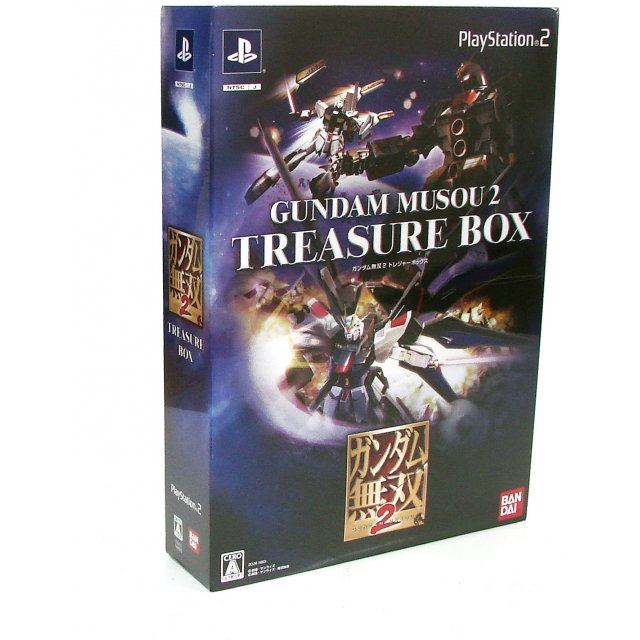 Musou action continues with the upgraded Gundam Musou 2. New powerful mobile suits such as Psycho Gundam and Big Zams make their appearances in this installment. Pick up your weapons, rush forward and mow your opposition regiments down.

Aside from original mecha, Gundams that showed up in the TV or movies are also participating in this massive brawl. The 3 most powerful mobile suits from the SEED series, Freedom Striker, Infinite Justice and Destiny are joining up with their predecessors such as Sazabi and V-Gundam.

Politics that underlay the series is intriguing but the all out action is just as absorbing, board your mecha and take on the world.

If you are familiar with Gundam Musou 2 [Treasure Box], why not let others know?

Actually when i bought this game i did it for the japanese voices, i came up with the other reasons after i bought the game.
1 »