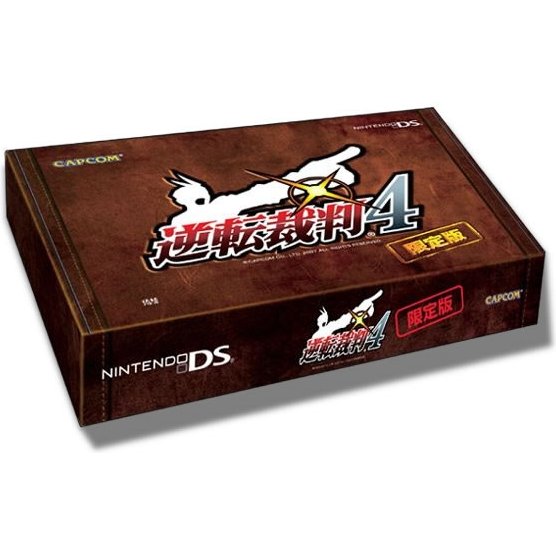 Gyakuten Saiban 4 is the fourth installment in Capcom's popular Japanese court room simulation game. This release has been developed for the Nintendo DS™ and is no remake of previous Gameboy Advance™ releases.The game takes place seven years after Gyakuten Saiban 3 (so far only released on GBA™ in Japan) and is the first game in the series that no longer features Phoenix Wright (Ryuuichi Naruhodoh in Japanese) as the main character. This time, you take the role as Housuke Odoroki, a 22-year-old lawyer fresh out of school. His legal partner is a magician named Minuki, his mentor is named Garyu Kirihito, and his prosecuting rival is Kirihito's younger brother and famous rock star, Garyu Kyoya.Once again, your task in this game is to gather evidence, interview witnesses, and survey crime scenes to prove yourself. A new feature is the Minuku System. The bracelet on Odoroki's left arm can be used to zoom in on witnesses to gather information about them. It is used primarily in court to look for motions or actions made by witnesses that show nervousness, like playing with one's fingers. The move even comes with a new phrase, "SOKO DA!" which in English means "right there!"

If you are familiar with Gyakuten Saiban 4 [Limited Edition], why not let others know?

fanboymaster (1) on 14, May. 2007 08:04 (HKT)
I love this thing...
Best game in the series and the packaging and extras are awesome, the only stipulation is that it it, of course, only in Japanese so those without at least a little knowledge of the language might be best off abstaining.
chiszeo (28) on 02, May. 2007 10:33 (HKT)
No title
What a gorgeous collectable box!
The presentation of it is faultless, and includes the Gyakuten Saiban encyclopedia spanning the whole of the presently released series (Gyakuten Saiban 1, 2 and 3 for GBA, as well as the re-released of Gyakuten Saiban 1 for DS which included a new chapter); the game (which is only available in Japanese); as well as a CD with various videos. If you\'re lucky, the headphones are awesome too :)

The only problem I had was that it was all Japanese, hence the reduction in stars. Further, I\'ve got the limited edition of Gyakuten Saiban 1 (when the DS version of the game was released), and the extras that came with that package was a lot better. :)