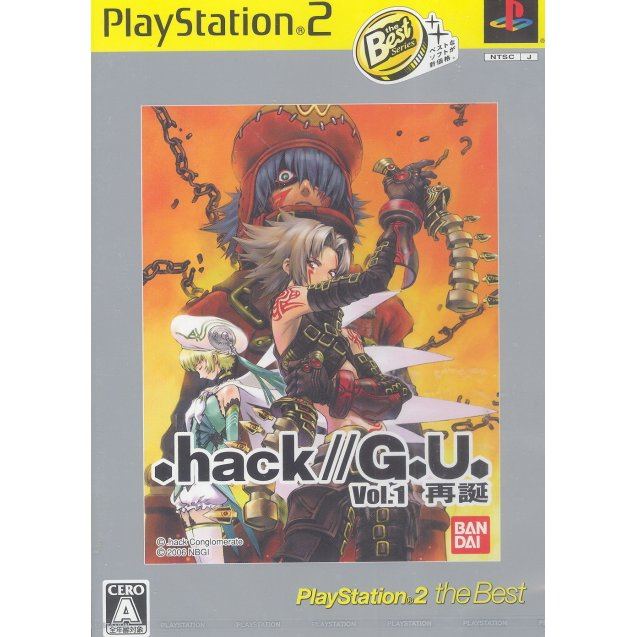 Bandai Entertainment
Compatible with PlayStation 2™ (PS2™)
For JPN/Asian systems only.

Years after the events of the first .hack installment, the popular but dangerous online game "The World" has been resurrected. As Haseo the Terror of Death, players are thrown into his quest for revenge in his search for the mysterious PK (Player Killer) Tri-Edge. This time, players will interact in the real and virtual worlds with fellow "The World" players through various chats, mails, and fully voiced video news clips. Together with Haseo's virtual partners, login to challenge and solve the mysteries of this new environment, "The World: R2".The second series in the .hack franchise, GU features both new and familiar characters, and each chapter of the series is designed to be more distinct from each other than the first .hack quadrilogy.

If you are familiar with .hack//G.U. Vol.1 Rebirth (Best Version), why not let others know?

My favorite aspect is probably the gameplay and battle system. The battle system allows you to fight enemies in real time and overall it feels very frantic and fast-paced. It really puts you in the action, and the sound and voices effects add to the feel of the battles. Especially the voice actress of Atoli.

Admittedly, the long dungeons sometimes get a little tedious, but that happens in almost all RPG games I play. It hardly affects the overall feel of the game. This is just nitpicking.

As for the story, it was enjoyable. It kept me interested throughout and I empathized with the characters.

Overall, it is a solid game that I think you will have no trouble dedicating 40+ hours to. If you have played previous .hack games, the feeling is similar, but I think this was a vast improvement over the formula.