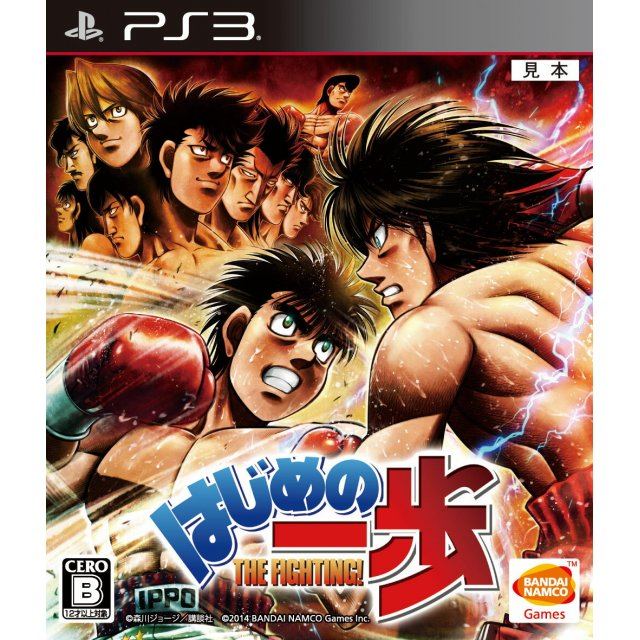 Hajime no Ippo: The Fighting!


Click on a thumbnail to see more pictures for Hajime no Ippo: The Fighting!

BandaiNamcois back with another anime/mangaadaptation to console, and once again the result is as authentic as can be!

Taking theKodanshaaward winning series "HajimeNoIppo" (lit. The First Step), this conversion of the famous underdog story makes a perfect translation for the PlayStation 3. With full voice acting, fullycolouredmangastylecutscenes, and gameplay which could be said to be the evolved form of the classicPunchout!!, for any fan (and there are many...) this game is a total T.K.O.!

Inhonourof the25thanniversary ofHajimeNoIppo, the game will follow the story up to the introduction ofSawamuraRyuuhei. While fans will know that this is up to Volume 55 of themanga, there are also non-canonical matches that enables alternate timelines; known as "Best Match Mode," for example, ifIppocan defeat DateEiji, he is able to become champion a lot sooner which opens up other opponents which may not have happened in themanga.

In terms of gameplay, focus is spent on customizing boxers with selectable skills; players will have to discover what works best of them in the ring. Will they be going all technical with a counter? Or will it be the perfectJofle'sUpper which will floor challengers straight to the mat? Each boxer will have their signaturemovesetand more! As well, before release, there is already a patch for this title which will improve loading times and smoothen out gameplay.

If you are familiar with Hajime no Ippo: The Fighting!, why not let others know?