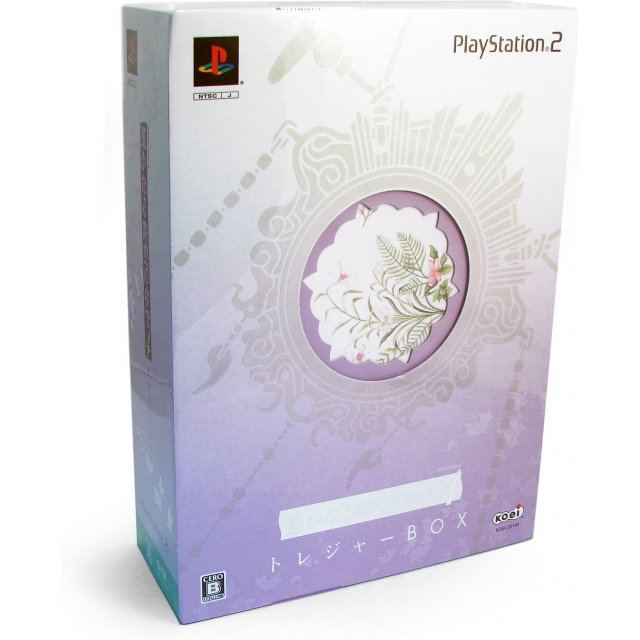 Breaking from the trends set by the previous installments, Harukanaru toki no nakade 4 no longer transfers the heroine from present Japan to the past, instead, the game transfers her to a fantasy land called Toyoashira.The heroine Ashihara Chihiro is a normal high school girl until one day, a mysterious man informed her that she is a princess from another world. Following this alarming piece of news, a battle with a monster ensues where she discovers her powers as well as that of her teacher and best friend.More discoveries about her past and her fallen country are made when she wakes up in the world she fled from when she was a child. After battles against monsters she realized her role in this calamity as Ryuujin no miko and that to revive her country, she has to go to war with the enemy nation that has invaded her's in the first place.During her adventures, she met up with a number of charismatic men, starting from her teacher and her best friend. But as a princess, falling for these men are prohibited, together with the troubles that romance brings, Chihiro has to face the final battle with her bow and arrow as her only true ally.人気の女性向け恋愛アドベンチャーゲーム「遙かなる時空の中で」シリーズの第4弾です。本作の主人公は、異世界の亡国「中つ国《なかつくに》」の姫・葦原千尋。「常世の国《とこよのくに》」に祖国を滅ぼされた彼女は現代に逃れ、女子高生として生活していました。が、ある出来事をきっかけに、ともに暮らしていた風早らと元の世界へと戻ることに。祖国を取り戻すため、「常世の国」との戦いを始めた彼女は、その戦いの中で様々な男性キャラクターたちと出逢います。物語を進めていくうちに彼らとの絆は深まりますが、姫であるという立場のため、様々な恋の障害に苦しむことになります。様々な立場のキャラクターを相手に繰り広げられる「禁断の恋」というドラマティックな恋物語をお楽しみください。トレジャーBOX●『遙かなる時空の中で4』ゲーム本体●「遙かなる時空の中で4 水野十子原画資料集」●「水野十子アートカード」●「水野十子描き下ろしイラスト入り 遙かなる時空の中で4 フォトライブラリ」●「八葉の宝玉」天然石コレクション

If you are familiar with Harukanaru Jikuu no Kade 4 [Treasure Box], why not let others know?

[This review is based on another version of this product]
fujiwaramiyabi1 (7) on 02, Nov. 2014 12:02 (HKT)
I loved the gameplay, story, music, and just about everything about it except for the character Ashvin
I played this 4 years ago and loved it and still love it as much as I loved it before. The sound is good, the music is very otherwordly and beautiful, as well as the art and character design and scenery. It is the only installment in the Haruka series that is 3D and has RPG elements to it, just like Persona 3. Usually I don't finish the games I play but I liked it so much that I went through all the characters' endings.

Great game that deserves to be bought with the treasure box and premium edition. Even the soundtrack would be worth it.
[This review is based on another version of this product]
lost_an9el (20) on 19, Apr. 2010 22:50 (HKT)
Keeping the franchise fresh!
Harukanaru Toki no Naka De 4 (Haruka 4) is the latest installment in the popular Haruka series. The fourth installment breaks away from many of the things similar to the first 3 installments, so it keeps the contents fresh and attractive for fans of the series.

The graphics are very beautiful, and the storyline (so far) is pretty good, although a good amount of Japanese proficiency is needed. The BGM is very very nice as well, but unfortunately there are so many scenes that are not yet voiced, so it is kind of a letdown after playing Haruka 3 with Izayoiki on PSP.

But overall, I'm very happy with the purchase. It's a must for any Haruka enthusiasts. Thank you PlayAsia for enabling me to get this game =)