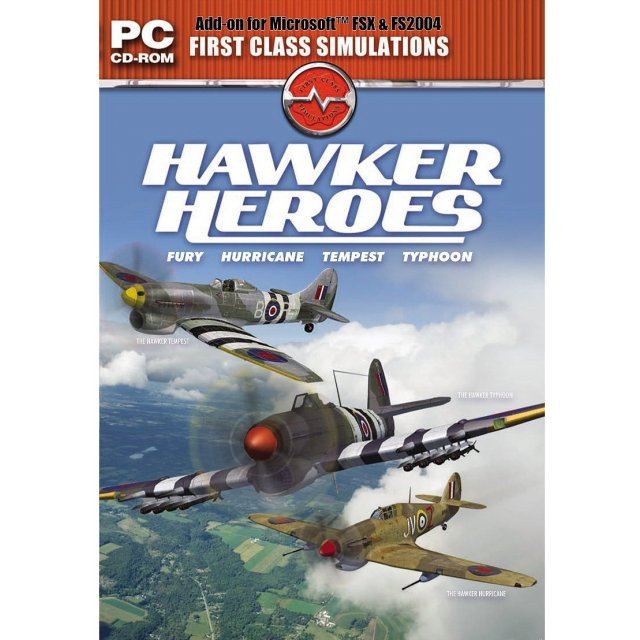 Assembled in one package for the first time, Hawker Heroes offers you the chance to fly four of the most iconic aircraft ever to take to the skies. First flown in 1931, the Hawker Fury set the template for all fighter aircraft that would follow. The first fighter aircraft to exceed 200 MPH in level flight, the Fury held the world in awe with its incredible handling. With a climb rate in excess of 2400ft per minute and manoeuvrability that was the scourge of enemy aircraft the Hawker Fury defined a standard in military aviation. The Hawker Hurricane was the hero of the Battle of Britain, changing the course of World War 2 by being responsible for more enemy kills than any other aircraft. Beloved by her pilots and feared by her adversaries, to this day many believe that the Hurricane is the finest fighter aircraft ever built. With our breathtakingly realistic simulation, now is your chance to confirm that assessment. Whilst the Hurricane was rolling of the production line, Sir Sydney Camm and the Hawker Company were already planning the replacement aircraft, the Hawker Typhoon. The Typhoon quickly became one of the most formidable ground attack aircraft of the war years. By the end of World War 2 the RAF were operating 18 Typhoon squadrons equipped with deadly rockets. Pressed into service on D-Day to turn back the tide of armour on the Normandy beaches the Typhoon was instrumental in the liberation of Europe. The Hawker Tempest entered service in 1944. Developed by Hawker to have incredible performance characteristics, the Tempest had outstanding acceleration with excellent climb and dive performance. Its introduction was fortuitous being one of the few aircraft able to intercept and shoot down the V1 flying bomb. Sortie after sortie was flown to keep the rocket powered marauder at bay. Each aircraft has been painstakingly recreated to offer the ultimate in simulation. Accompanied by adrenalin charged missions for Flight Simulator X, would-be fighter aces can relive the Hawker experience where the best pilots truly became heroes!

No reviews for Hawker Heroes yet.