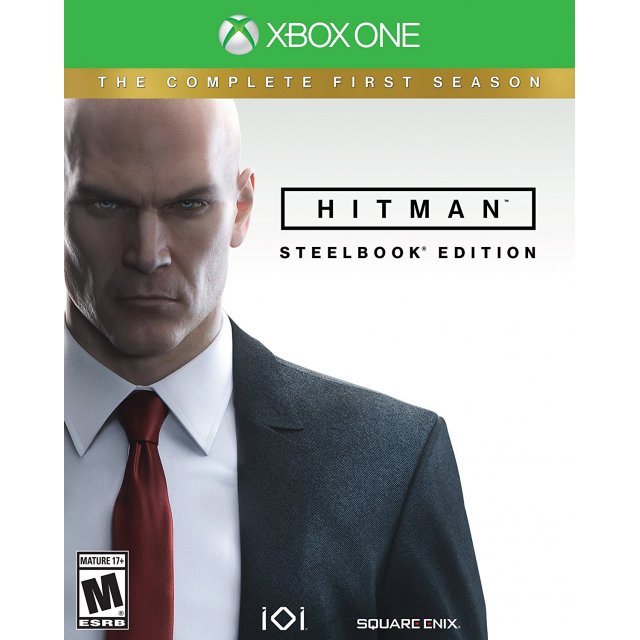 Works on all systems sold worldwide, a correct regional account may be required for online features.
1w Expected stock arrival within 1 week.
US$67.98
Square Enix
Compatible With Xbox One™ (XONE™)
Version

Released in a day one edition SteelBook, HITMAN: The Complete First Season will deliver the ultimate physical version of the game, with over 100 hours of gameplay. Featuring all of the Season One locations and episodes from the Prologue, France and Italy to Morocco, Thailand, USA and Japan. Play as Agent 47 to take out powerful high-profile targets in an intense spy-thriller story across a world of assassination.

Included with HITMAN: The Complete First Season box:
-3 Bonus Missions from the Summer Bonus Episode which includes 'The Icon' and 'A House Built on Sand' missions, plus the brand new upcoming 'Landslide' mission
-Original Soundtrack featuring the original game score
-The ‘making of’ HITMAN documentary charting the journey from showing the game to our fans for the first time before E3 2015, through to the digital launch in 2016
-HITMAN Requiem Blood Money Pack* which includes the signature Blood Money white suit, white rubber duck and chrome ICA pistol
- The PlayStation 4 version includes 6 additional exclusive The Sarajevo Six missions

No reviews for Hitman: The Complete First Season [SteelBook Edition] yet.