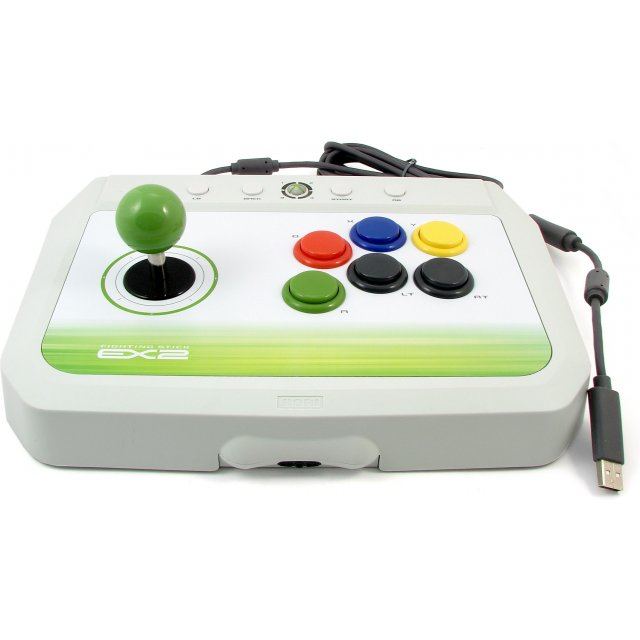 sold Out of print / Out of stock.
Manufacturer
Hori
Compatible With Xbox360™ (X360)
Version

Exclusively for the Xbox 360 - The Virtua Fighter 5 Limited Edition Arcade Stick! Put the smack down on your friends in style with this, officially licensed and endorsed limited edition arcade stick.

If you are familiar with HORI Fighting Stick EX2: Virtua Fighter 5 Limited Edition, why not let others know?

Definitely a must buy for fighting fans, and when Samurai Shodown 2 comes out on XBLA, this will sell out!

I\'ve tested it now on my 360 with Street Fighter 3, The xbox live version of Street fighter 2, xbox live tmnt & gauntlet and also Virtua fighter 5 and its the nearest thing I\'ve found so far to the actual arcade.

On my PC I\'ve got the dual X-arcade stick for playing things like mame and mugen and to be honest I prefer the feel on this new Hori stick on the 360. ...plus you can allways plug the 360 stick into your pc and use it as its usb! :)

The original 360 pad just isn\'t up to the job of playing fighting games so this new fighting stick is a god send.

Seriousl buy it now!
Top stuff and highly recommended to all serious 360 gamers!