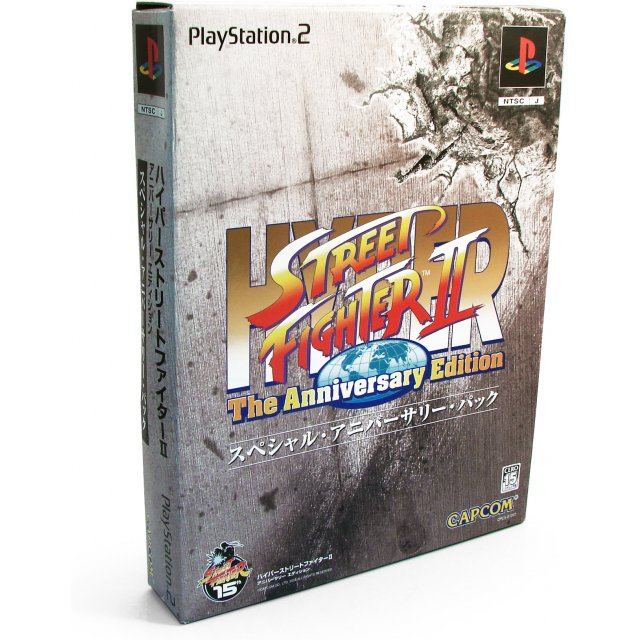 sold Out of print / Out of stock.
Manufacturer
Capcom
Compatible With PlayStation 2™ (PS2™)
Version

To celebrate the 15th Anniversary of the Street Fighter series, Capcom released a version which combines the following Street Fighter (2D) games on 1 disc:

If you are familiar with Hyper Street Fighter II: The Anniversary Edition [Special Anniversary Pack], why not let others know?

manudyson (23) on 20, Aug. 2004 09:36 (HKT)
street fighter 2 classic returns in an incredible pack
The best conversion of sf2 ever come in a special pack...this includes a dvd, memorial book and more...
If you are a street fighter fan you may buy this marvelous pack.