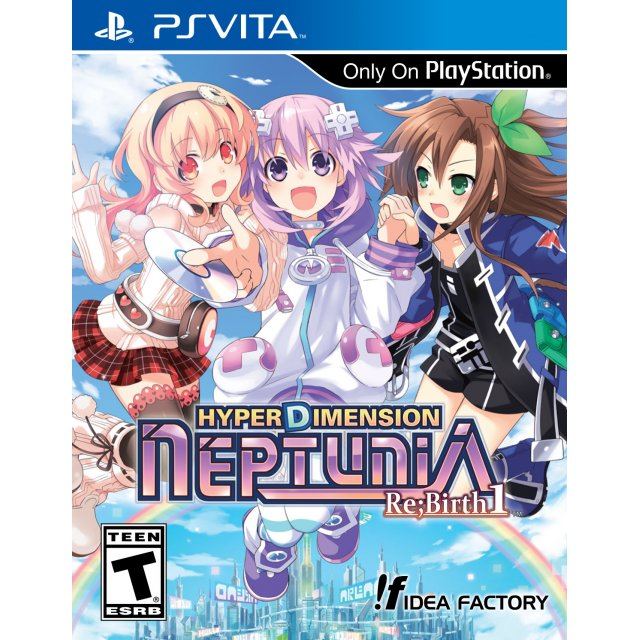 sold Out of print / Out of stock.
Manufacturer
Idea Factory
Rated By Our Customers
Compatible With PlayStation Vita (PS Vita)
Version


Click on a thumbnail to see more pictures for Hyperdimension Neptunia Re;Birth1

From PS3 to PS Vita:

The Fall and Start of the Epic Journey:

In a world protected by four power-hungry Goddesses called CPU, the Goddesses fight with one another and set in a quest of ruling the world. Chaos has arisen because of the Console War; Arfoire takes advantage and releases a pack of monsters in the land where humans reside. When the Goddess Neptune is defeated and falls from Celstria she loses her memory. Under the guidance of Histoire she begins her journey to explore the four lands of Gamindustri: Planeptune, Lastation, Lowee, and Leanbox. Players will take on the role of Neptune, whose childish personality and plethora of energy makes for a fun character to journey with!

If you are familiar with Hyperdimension Neptunia Re;Birth1, why not let others know?

Alchemist (18) on 12, Oct. 2016 14:56 (HKT)
Great game
A wonderful JRPG with a lot of self aware humour and memorable anthropomophised versions of consoles and video game developers.

If the original PS3 game was like this, I know it would have sold much and much better!

It has the MK-2 battle mechanics instead of the original one, which is very enjoyable

The story has been adjusted, so it is enjoyable even to the players that played the original game!
adam_buckland (48) on 06, Jun. 2015 14:26 (HKT)
Full of action
It is a great game, the gameplay is flawless. Plus the videos are amazing. It's a great RPG.
1 »