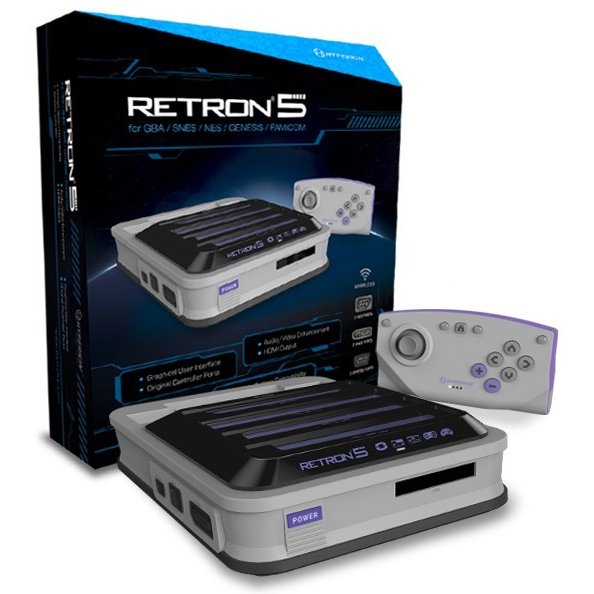 The ultimate HD remake: Hyperkin presents the RetroN 5, a revolutionary new way to experience classic games in high definition; the first of its kind with an all-digital HDMI output. The RetroN 5 plays Gameboy, Gameboy Color, Gameboy Advance, Famicom, Super Famicom, Nintendo Entertainment System, Super Nintendo Entertainment System, Sega Genesis, and Megadrive cartridges with enhanced resolution, improved interpolated sound, screenshot capture, and the ability to have on the fly save states. The RetroN 5 is the retro gaming console that brings you back to a world where recharging health is cheating, you can have as many guns as you want, and achievements aren't just some numbers on a screen.

Kenka Banchou Otome: Kanzen Muketsu no My Honey
US$ 71.99

No reviews for Hyperkin RetroN 5 Gaming Console (Gray) yet.