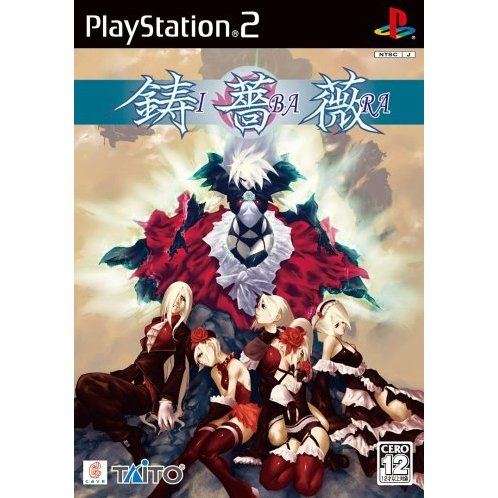 Taito
Rated
By Our Customers
Compatible with PlayStation 2™ (PS2™)
For JPN/Asian systems only.

sold Out of print / Out of stock.
Manufacturer
Taito
Rated By Our Customers
Compatible With PlayStation 2™ (PS2™)
Version


Click on a thumbnail to see more pictures for Ibara

Developed by the makers of such popular shoot'em up franchises like Do Don Pachi Daioujou DV, Espgaluda and Mushihimesama comes another excellent masterpiece, once again ported to PlayStation2™ by Taito.

Ibara is set during the industrial revolution in the 19th century in the Northern European country called "Edelweiss". At a time when steam machinery is very advanced, the small country is subject to sudden violent attacks. The person behind it all is the head of the "Royal Mechanical Artificial Limb Research Laboratory", Dr. Teresa Rose. Dr. Rose leads her five daughters to destroy utterly many towns and cities with highly advance weaponry. In order to stop them, as a member of the Royal Special Forces, you have to pilot a secretly developed "armed plane" and fight for the safety of your country.

The home console port contains various arrangements compared to the Arcade original. The following five menus have been prepared for the PlayStation2™ port of this shooter:

ARCADE
This mode has been ported straight from the arcade. 2-player participation is possible during each level. Six stages are prepared to be battled through. Two different main weapons can be equipped, along with seven kind of options.

ARRANGE
This is an arranged game mode especially designed for the PlayStation2™ port with the following arrangements:
-A power shot can be carried out when the shot button is not used for some time. The plane speed can be adjusted freely.
-Option weapons can be changed in real time.
-Formation change of an option can also be changed arbitrarily.
-Rank gauge of difficulty is displayed during play.
-No 2-player participation during play and continues will have to start from the beginning of a level.

PRACTICE
In this mode, you can select every stage and boss individually to improve your skills:
-Select from stage/boss start point
-Rank gauge of difficulty is displayed during play.
-No 2-player participation during play and continues will have to start from the beginning of a level.

If you are familiar with Ibara, why not let others know?

However, it is Cave game now. Cave is not so bad.
Uehara Tomaoki on 07, Jul. 2006 14:22 (HKT)
No comparison to Garegga
Garegga is a classic, this one is just a tribute game.
But it is not a worthy tribute to Garegga.
Because there is anime characters and a rosy color
scheme, it cannot be compared to Garegga. Garegga was gritty, serious and there is no nonsense involved. It is comparable to Joel Schumacher Batman (Ibara) vs Christopher Nolan Batman (Garegga).

On its own, it is decent shooting game. There was never following in arcades for Ibara. In fact, most people didn\'t like it because it did not live up to Garegga standard of excellence. Battle Garegga was king of arcade shooting, dominating for more than one year. Only when Saturn version was released, did popularity slow down in the arcades.

Sound FX is not as good as Garegga, and music in Garegga is classic and fast paced. But Ibara tried different style of music. It was rock music and not as memorable.

Garegga is faster than Ibara, you can also change position of the mini ships which made gameplay more interesting and designs were better. But Ibara took away this feature to dismay of Garegga fans. Garegga wins against tribute game Ibara. If Raizing would release Garegga on PS2, then new generation of gamers can experience true perfection in shooting games. Garegga to this date is the only perfect shooter. Dodonpachi and Espgaluda almost challenged it. But never did arcade shooter become better than Garegga. Point system is excellence. Debate is over.
daniel_a_johnson (5) on 31, Mar. 2006 23:45 (HKT)
Just get it!!!!!!!!!!!!
This is one tough shoot em up, but its design and execution is flawless. A joy from start to finish (if you get there). Overall 8/10. Defo add it to your collection.
Anonymous on 22, Mar. 2006 00:07 (HKT)
When Cave with Raizing...
...it was born a child called \"IBARA\".Superb!!!
And the best:The Black Label Version(Arranged Mode)included.Especially \"GAREGGA\"Fans will love the new game by Cave!Thumb up!!!
1 »