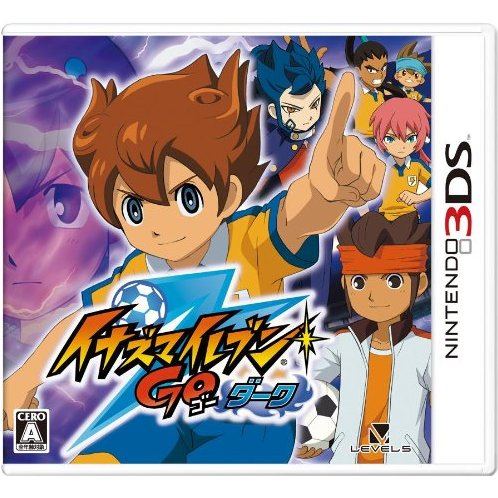 Raimon Academy's soccer team has been the Soccer Champion of Japan for 10 years. During this decade, the sport has become so popular that there is a special organization managing the sport. Soon, the organization becomes a tyrant, and its up to the Inazuma Eleven team to return their favourite sport to its original state. Inazuma Eleven is never just about kicking the ball and bringing it to the goal. This time the game brings you summon beasts. Each character has a secret power hibernating within them, give them a chance to shine. The stories in the Shine and Dark versions differ, and so are the characters you can recruit and the teams you play against. Get both games to experience the fullest fun in Inazuma Eleven Go.

If you are familiar with Inazuma Eleven Go (Dark Version), why not let others know?

Lolitaku428 (5) on 02, Apr. 2013 18:29 (HKT)
Well, it's Inazuma Eleven...
...so it's just gotta be more than just just epic and that's exactly what it is. Improved AI, controls, graphic and a new Interface. Only thing that is a little bit disappointing is, that there are only 1000 Players, since this number includes Teams and Scout Charas, it means that there aren't as many Scout Chara's as in Inazuma Eleven 3, but to sort of make up for it, mostly all of them are completely new, while all of the old Teams are still in too. Also, the Storyline is really good too and has a few smaller differences that set it apart from the Anime. And even if you don't understand Japanese, you can still play it really well, since the tutorials are mainly using pictures anyway. To make a long story short: BUY IT, if you've got a japanese 3DS!