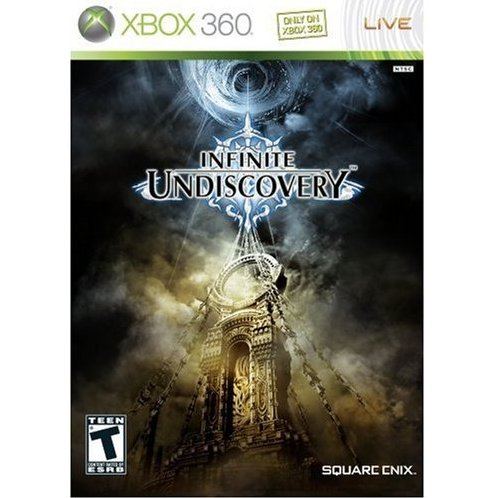 marco3v3 (19) on 13, Mar. 2012 08:20 (HKT)
great action RPG
i always hated action RPGs because they are centered at one main character throughout the whole game. However this game employed action RPG system with parties of main characters. That's why I like it very much!
Samus Aran (140) on 19, Jul. 2011 09:58 (HKT)
Good
Nice game but too bad I bought the wrong version.
gamescook (35) on 02, May. 2010 10:42 (HKT)
Not Every Frontier Should Be Explored.
This is another generic RPG by Tri-Ace with the same derivative character designs, music, and bad voice acting that one should have expected from them. The battle system is a load of rubbish, in that any action you take always has a delay to it, especially as the game stutters with each and every blow you manage to land. For example, a knockdown combo of A, A, B has to be input all at once, and followed up with the game deciding whether or not to have the good grace to register the command and letting it animate all the way through. A cliched story, terrible voice acting, and another RPG battle system that incorporates just enough action elements to be somehow more frustrating than the older, turn-based systems, this is one JRPG you can definitely stand to pass. It's best to adopt a "wait and see" attitude with the studio at this point.
clebermluz (4) on 09, Mar. 2010 00:15 (HKT)
Excellent RPG
This game has a lot of strong points - the battle system is excellent and the side-quests add a lot to it. I also thought the voice acting was excellent. I enjoyed the story line immensely as well, although it was a bit single-faceted in parts. I like so much RPG games and if you don't like i'm sugest to buy this and try, its a very cool game, nice graphics and has the hand of square enix =) i will expect more games in this line and other lines in RPG mode from Esquere Enix and others publichers
danualwaysplay (568) on 04, Mar. 2010 19:28 (HKT)
I Don't Know What to Say
Ups I bought the wrong region, damn. I can't play it on my system
1 »