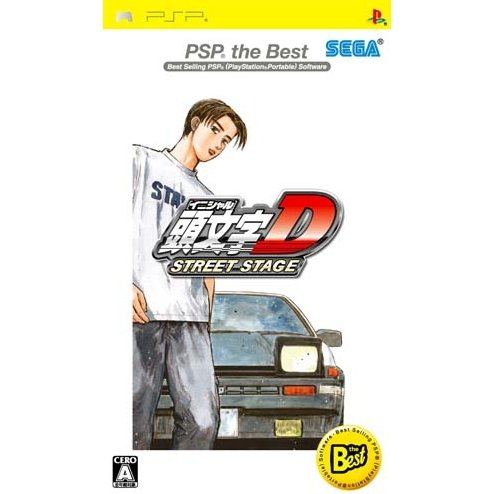 If you are familiar with Initial D Street Stage (PSP the Best), why not let others know?

BukkakeKing (13) on 08, Mar. 2011 22:21 (HKT)
Its the exact same thing as arcade stage 3!! so of course its worth buying!!
Nendo (62) on 27, Nov. 2010 17:30 (HKT)
Fantastic
Loved the series, loved arcade, this is such a good game. Best racer for psp hands down. Pretty much a replica of arcade stage 3 but with extras.
fabbrin (3) on 26, Nov. 2010 20:29 (HKT)
One of the best PSP games! The graphics are awesome! The gameplay is very nice! The problem is that is all in japanese, but still you can figure it out.
Must have it!
Virtuous Lumox (9) on 17, Apr. 2010 23:08 (HKT)
Buy the Asia Version.
Great game! However, if your Japanese is not strong I would highly recommend buying the Asia Version of this game because the manual is in English. There are 7 different game modes (with an 8th to be unlocked) and it is very difficult to navigate the menus without an English manual. Gameplay wise there are few racers as good as this on the PSP. I only have two problems with the gameplay. 1.) The handling could be tighter. It's a near identical port of Initial D: Arcade Stage, but the handling suffers because of the lack of a racing wheel. Not bad, but not perfect either. 2.) In some ways it doesn't make sense to me that in story mode you can chose any car, including the best of the best, from the beginning. Most racers have a selection of "starter" cars in the beginning. Just a minor gripe. This is definitely one of the best racers on the PSP and fans of Initial D will love it! Just remember to get the Asia Version for the English manual if your Japanese isn't very good.
alvaro_o (2) on 06, Jul. 2008 05:43 (HKT)
You liked the Arcade...Now you'll like the game!
Its time to get Initialized with Sega's new release of Initial D Street Stage. You are the main character of this game! You take on more than 20 racers with more than 10 long-lasting stages. Unlike the arcade, you can unlock more soundtracks, obtain special cards that may enhance your vehicle or unlock bonus features, like sound effects, original artwork, and much more. If you are a big fan of racer titles, and you just love that dam-n series, this is the right game for you.

Its time to get Initialized; that is, portably!
1 »