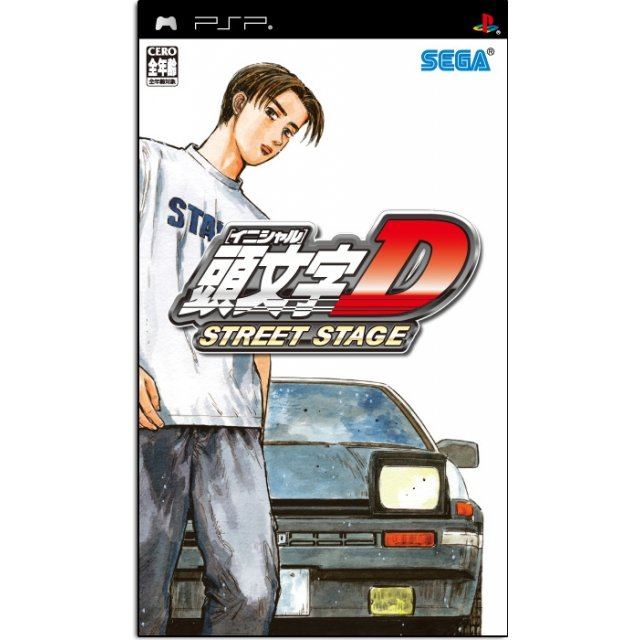 sold Out of print / Out of stock.
Manufacturer
Sega
Rated By Our Customers
Compatible With Sony PSP™ (PSP™)
Version

If you are familiar with Initial D Street Stage, why not let others know?

aerowitz (1) on 02, Nov. 2006 04:32 (HKT)
Easily the best PSP game I\'ve played.
This is a very close port of IDASv3, minus the Akina Snow track, and it\'s brilliant. The only problems I had were control issues thanks to the PSP analog nub, not the game itself.

Very, very addictive game. This is something you will find yourself playing \"just one more race\" all the time.
justinryanmeadows (1) on 10, Jun. 2006 07:37 (HKT)
Lightning fast shipping and awsome game!
Hands down one of the best games for the psp. I now have a game that alot of people in the states dont have. It shipped 4 days before projected and arrived at my house in the states 4 days later!!! Will definetly be back to buy more games. Highly recommended to buy this game.
Tag on 20, Mar. 2006 12:51 (HKT)
Great game
I was addicted to the arcade game, and this is a pretty much perfect port, only missing the Akina Snow track and adding a bit of motion blur on the corners. Also there is a new card tuning system which can either put you prematurely ahead of the game tuning wise or leave you lagging behind, depending on how lucky you are.
I have played this more than any other PSP game I own, and would highly reccomend it despite its few flaws.
Kyosuke Tomura on 10, Mar. 2006 13:17 (HKT)
Simply Amazing!
Finally, now I don\'t have to go to the arcades and pay $1 USD per play. The graphics look just like, if not, better than the arcade version. Just the fact that it works with the US version PSP made me pick it up. I like the anime and I definitly enjoy drifting. So when I\'m not playing the game, I\'m probably on the tracks. For those of you who love racing games and haven\'t had the chance to try Initial D, just get it. You won\'t regret it.
Solomon Yongsik Park on 10, Mar. 2006 02:15 (HKT)
Initial d
this game rocks. i dont own this game yet. but ive played the arcade v3. and ive played the psp version.
1 »