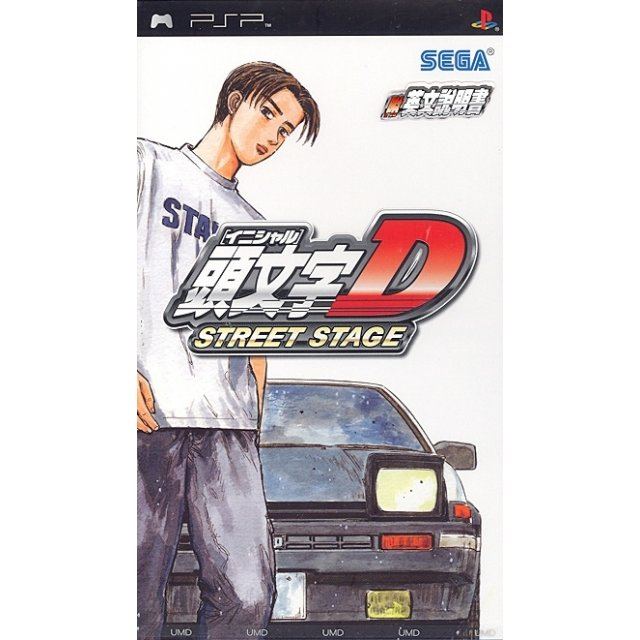 If you are familiar with Initial D Street Stage, why not let others know?

box (10) on 25, May. 2011 12:06 (HKT)
Like Arcade!
Exactly like the arcade, minus the wheels! Fun!
blackwolf045 (1) on 10, Jun. 2009 08:28 (HKT)
Thanks Play Asia!
I am one happy customer, i bought this game and got economy air bubble, i got it in 6 days! ^^ The game itself is really good, its like an exact port of arcade version 3. Plus the manual is in english! :D There is legend of the street where you can fight the characters from the manga, ( If you havent read it you should.) And once you beat everyone of them theres this thing called "bunta's challenge" Anyway, the game was in perfect condition when i bought it, and i have to say that this is the best game you can get for your psp, if you have a psp YOU MUST GET THIS GAME. Sidenote: This game works on every psp no matter what country your in ;o ( I am aware some of these things are self explanatory for you initial d players, however im explaining it to someone who has no idea what initial d is ;o )
Anyway, as i said above if you have a psp BUY THIS GAME
Atmos (1) on 23, Jun. 2008 12:07 (HKT)
Pretty good, but gets boring...
Don't get me wrong, I love Initial D. That being said, when I finally got a PSP I knew that this was the first game I wanted to get, and I did. And I loved it.
So I played it. And I played it. After about a month and a half, I was just...done. The controls were too difficult to do certain techniques and get really good times on the courses in time attacks, the tuning system is just flat out annoying, and Bunta Challenge is very easy. It's a great game, but it may not last you very long.
jay_butterz (1) on 21, Mar. 2008 17:16 (HKT)
Pure racing
Intuitive menus (easy to understand thanks to the GREAT english manual) make this a FLAWLESS arcade port. The only negative would be the audio, naturally aspirated car have a really repetitive whir noise lol. But thats just sticking true to the arcade which has the same :S. The STi has one hell of a blow off valve though :D ANYWAY, great game DEFINITLY worth 33 bucks for ANY intiald/wangan/tokyo extreme/import racer fan with a PSP.
driftking (1) on 19, May. 2007 11:41 (HKT)
There is no substitute
This game is awsome altough some of the handling is loose this is exactly the adrenaline fix I needed. I feel like when I battle I can\'t take my eyes away. I would suggest for anyone willing to try something new. Since I am a HUGE! fan of the show I had to have it and this game did not dissapoint. the tracks,characters,cars and just the feel of the entire game blew me away. A definite must have for any fan
1 »