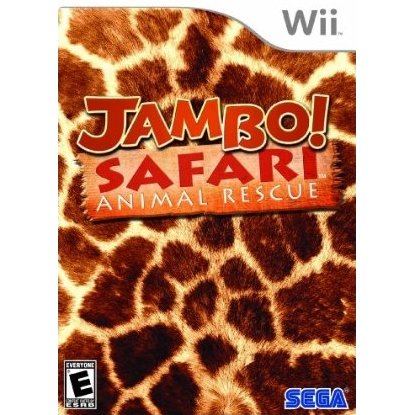 Embark on an exotic, action packed journey across your African Safari Park and complete missions to become a fully qualified ranger.

Take on challenges in a variety of Land Rover vehicles to rescue wild animals with your lasso and bring them back to The Ranch. Nurse your animals back to full health in the enclosure before releasing them back to the wild. Packed with realistic environments to explore, exciting challenges, customisation, photography and collectables, Jambo! Safari is a wild new adventure on Wii.

The Hardy Boys Treasure on the Tracks
US$ 23.19

No reviews for Jambo! Safari Animal Rescue yet.