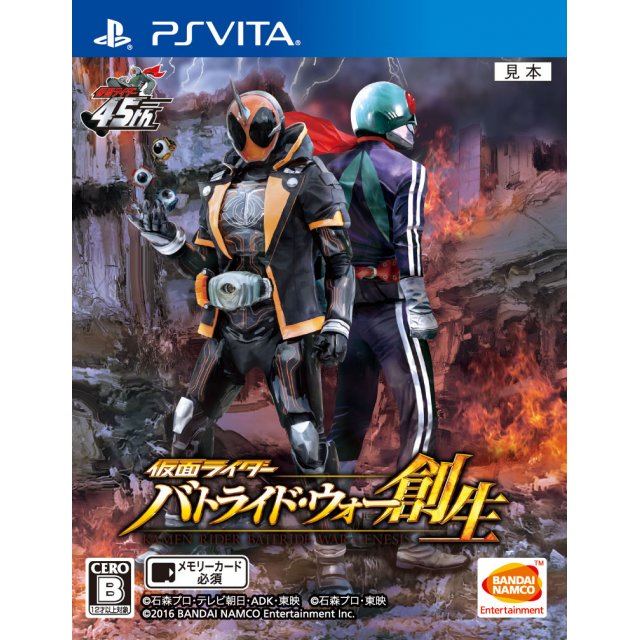 Works on all systems sold worldwide, a correct regional account may be required for online features.
24h In stock, usually ships within 24hrs.
US$92.99
Manufacturer
Bandai Namco Games
Rated By Our Customers
Compatible With PlayStation Vita (PS Vita)
Version

If you are familiar with Kamen Rider Battride War Sousei, why not let others know?

If you're a fan of the show but somewhat reluctant because this game is in Japanese only don't worry about it, very much worth it.
[This review is based on another version of this product]
bdrlshm75 (1) on 15, Jun. 2016 10:27 (HKT)
Great game to play with
This is one of my favorite game that I played so far, I've been playing Kamen Rider Battride war before, even thought the plot of the games looked more or less quite similar but with additional new kamen riders especially kamen rider ghost still able to make the games quite interesting and exciting to play with.....
1 »