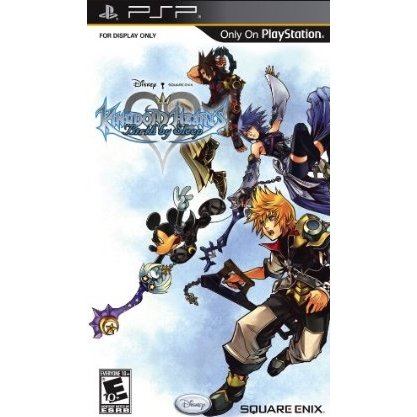 Works on all systems sold worldwide, a correct regional account may be required for online features.
1w Expected stock arrival within 1 week.
US$33.99
Our previous price:US$ 44.99
You save: US$ 11.00( 24% )
Manufacturer
Square Enix
Rated By Our Customers
Compatible With Sony PSP™ (PSP™)
Version

Works on all systems sold worldwide, a correct regional account may be required for online features.
1w Expected stock arrival within 1 week
Price
US$33.99
Our previous price:
US$ 44.99
You save:
US$ 11.00( 24% )
Play-Asia.com Return & Refund Policy
Trustpilot
Trustpilot
Click on a thumbnail to see more pictures for Kingdom Hearts: Birth by Sleep

Long before Sora was chosen by his Keyblade, the worlds’ safety lay in the hands of the true Keyblade Masters.Three youths – Terra, Ventus and Aqua – have been training long and hard under Master Eraqus to prove that they, too, exhibit the Mark of Mastery.But they will soon find themselves in the middle of a crisis affecting worlds far beyond their own – just as another Keyblade Master, Xehanort, goes mysteriously missing.Three friends, three destinies. Everything will link back to the beginning.

Professor Layton and the Unwound Future
US$ 30.99

If you are familiar with Kingdom Hearts: Birth by Sleep, why not let others know?