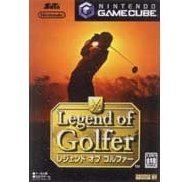 Nintendo
Compatible with GameCube™ (GC)
For JPN/Asian systems, use Freeloader for other.

NTSC
1w Expected stock arrival within 1 week
Price
US$12.99
Our previous price:
US$ 64.99
You save:
US$ 52.00( 80% )
Play-Asia.com Return & Refund Policy
Trustpilot
Trustpilot
Click on a thumbnail to see more pictures for Legend of Golfer

Legend of Golfer is developed by Seta, feature realistic graphics, weather and lighting effects. The game features a character creation mode, which allows you to customize the appearance and play style of the character, such as power, stamina, club control and so on. You can also earn money from tournaments to purchase new clubs and items.The game also include a number of other game modes, include match play, stroke, multiplayer battle, and mini games. Legend of Golfer is scheduled to release in Japan this summer.

If you are familiar with Legend of Golfer, why not let others know?

ianmorgan65 (1) on 22, Feb. 2006 04:48 (HKT)
Legend of Golfer
This was my first order from Play-asia.com and my first Japanese gamecube game using freeloader. No problems and its an excellent game with great graphics. I heard that the control method for the game was a bit difficult to use but the only difficultly with this game is reading the japanese chars. Im getting there!
Good on play asia for the quick delivery most impressed.
march_67 (1) on 21, Jul. 2005 12:18 (HKT)
Legend Of Golfer is a great hidden gem of a game!
Boy, this game should have been released in the US, what a mistake that was.

I love golf games and have Tiger Woods, Outlaw Golf, Swingerz, and Mario, but something was missing from all those games.
I decided to try L.O.G. and boy was I glad I did. It plays beautifully, and is an extremely fun game. I was not should if this would be the case since I was only able to find a handful of reviews on the web, and for the most part it was not given a good score. I actually like the way that Seta designed the swing meter and I had no troubles getting the ball down the fairway with a little fade or draw or even straight for that matter. There are 4 courses that are unlocked at the begining and there looks to be a total of 9 altogether. There are 8 golfers that are unlocked also at the begining and looks like there are a total of 16 altogether, plus 4 caddies.

The game looks like it has a ton of stuff but unfortunately I don\'t speak or read Japanese, so I will have to fumble my way through the game and try and figure it out.

If anyone does read Japanese maybe they could translate some of the manual and put it on some website.

Anyways, if you are a golf fan and have a Gamecube don\'t delay and get this game, it is definately a hidden gem in my honest opinion!

Also, you will require the Freeloader program to get the game to play on non-Japanese Gamecubes.

Thanks Play Asia for selling this game!
Anonymous on 16, Jun. 2005 05:44 (HKT)
Legend of Golfer is very good!
I am very impressed with this game. It is very easy to pick up and play. It offers regular golf as well as a number of mini games for 1-4 players. There is also a career mode.

This game plays well and looks good.
bettavaly (3) on 27, Aug. 2004 14:55 (HKT)
Legend of Golfer-a very good golf game for the NGC!
If you like gof simulations and you own a Nintendo GameCube,then this game is a must for you!!
Although the game is very complex,it`s very easy to get into the gameplay and to get good results right from the beginning.But you can change the difficulty if it`s too easy for you!The Graphic`s also very nice,so go on and order it at play-asia!(BTW: thanks to play-asia for the very fast delievery;it took only two days to Germany with ups!!