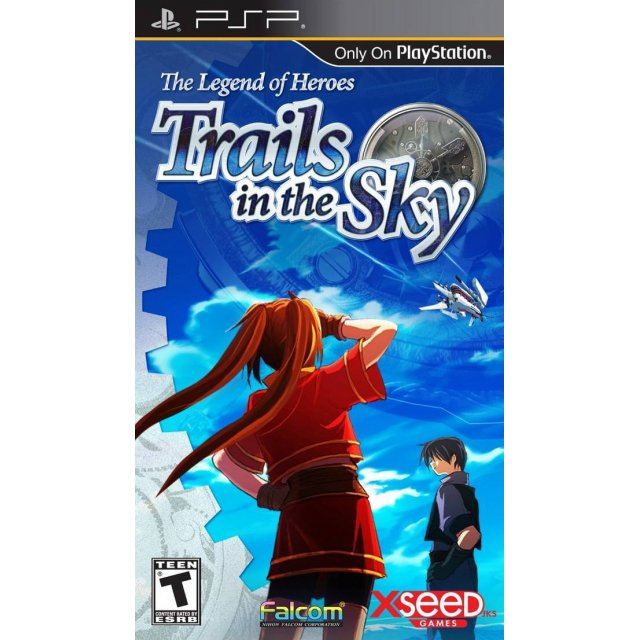 sold Out of print / Out of stock.
Manufacturer
Xseed Games
Rated By Our Customers
Compatible With Sony PSP™ (PSP™)
Version


Click on a thumbnail to see more pictures for Legend of Heroes: Trails in the Sky

In the peaceful town of Rolent of the Liberl Kingdom, a young girl named Estelle and her friend Joshua, who had been taken in by her family years earlier, prepare to take their first steps to join the legendary guild of the Bracers. Bracers are considered the peacekeepers and protectors of order that owe allegiance to no country or government. In Liberl their guild has flourished since a brief war some 10 years prior after an invasion from the Erebonian Empire to the north, and their efforts have made peace a lasting prospect. In the course of their journey to become full-fledged Bracers, Estelle and Joshua begin to see the peace threatened by a dark side of the ruling government that plots to overthrow the Liberl queen, Alicia. Together they travel the world on their quest to become Bracers and slowly unravel the truth behind the mastermind who seeks to bring war back to their borders. The Legend of Heroes: Trails in the Sky is the first of a new trilogy in the established The Legend of Heroes RPG series. A highly detailed 3D world, beautiful original soundtrack, and unique strategic battle system showcase production values a generation beyond the previous iteration. An epic story about preserving the peace against all odds spanning over 50 hours of gameplay, with numerous optional side quests, makes this the biggest adventure ever available on a handheld system.

If you are familiar with Legend of Heroes: Trails in the Sky, why not let others know?