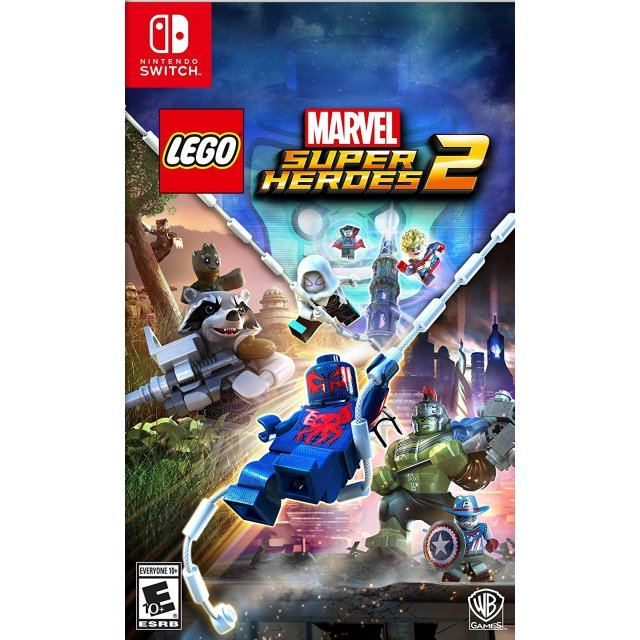 Works on all systems sold worldwide, a correct regional account may be required for online features.
1w Expected stock arrival within 1 week.
US$27.99
Our previous price:US$ 36.99
You save: US$ 9.00( 24% )
Manufacturer
Warner Home Video Games
Compatible With Nintendo™ Switch (SW)
Version

Works on all systems sold worldwide, a correct regional account may be required for online features.
1w Expected stock arrival within 1 week
Price
US$27.99
Our previous price:
US$ 36.99
You save:
US$ 9.00( 24% )
Play-Asia.com Return & Refund Policy
Trustpilot
Trustpilot

Go head-to-head with the time-traveling Kang the Conqueror in an epic battle across Chronopolis, from Ancient Egypt and The Old West to Sakaar and New York City in 2099. Along the way, gamers will be able to take control of a host of iconic characters, from Cowboy Captain America from the past to Spider-Man 2099 from the future along with Thor, Hulk, the Guardians of the Galaxy, Black Panther, Captain Marvel, Doctor Strange, Green Goblin, and dozens of other Marvel Super Heroes and Super Villains.

Life is Strange: Before the Storm [Limited Edition]
US$ 26.99

No reviews for LEGO Marvel Super Heroes 2 yet.