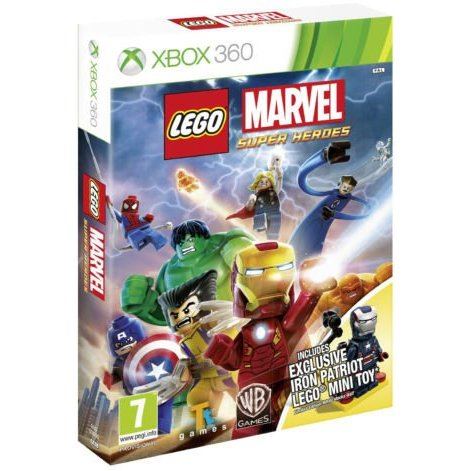 Marvel Heroes as they assembled:
Excelsior! The roster is full as Ironman, Incredible Hulk, Thor, Spider Man, X-men and almost 150 characters from Marvel all assemble in one action-adventure video game!! Lego Marvel Super Heroes brings almost everything a Marvel fan would want and is Developed by TT Games and published by Warner Bros. Interactive Entertainment.

The Bricks That Can Destroy:
The powerful spacefaring surfboard of the Silver Surfer has been shattered into “Cosmic Bricks”; as they descend into Earth, the heroes mobilize to prevent this incredible power from falling into the wrong hands. Join these iconic heroes in their mission of haste!

Action, Fighting and Collecting:
Experience action packed sequences and brain-busting puzzles as the heroes jump, smash and blast everything around them; like previous games, lego bricks make for great destructible environments. Fight enemies with powers from the Marvel universe and use these powers in the context of the scenarios in game.