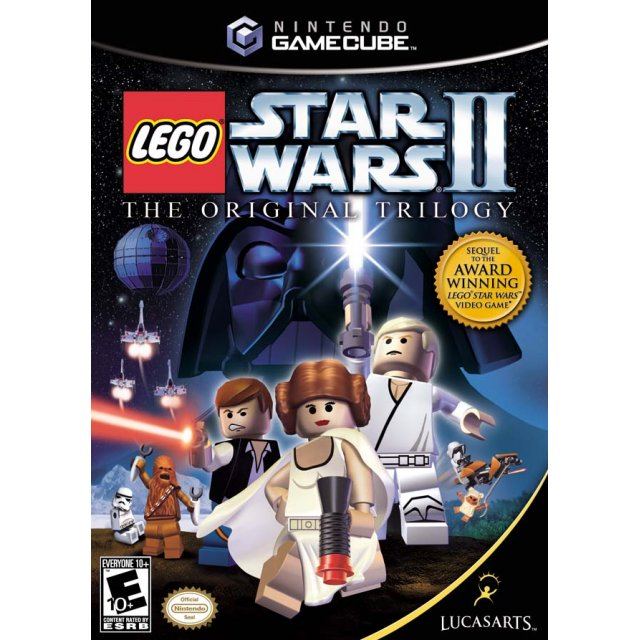 LucasArts
Compatible with GameCube™ (GC)
For US/Canada systems, use Freeloader for other.

Build, Battle and Kick Some Brick! With a comical take on the Star Wars Trilogy that revolutionized pop culture forever (Episode IV A New Hope, Episode V The Empire Strikes Back and Episode VI Return of the Jedi), LEGO Star Wars II follows the Rebel Alliance's battle to dismantle the Galactic Empire and rebuild a galaxy in pieces. From Darth Vader's pursuit of Princess Leia aboard her Blockade Runner to a showdown on the reconstructed Death Star, the game includes even more of the family-friendly LEGO action, puzzles and humor that earned the original LEGO Star Wars such popularity and acclaim.

If you are familiar with LEGO Star Wars II: The Original Trilogy, why not let others know?