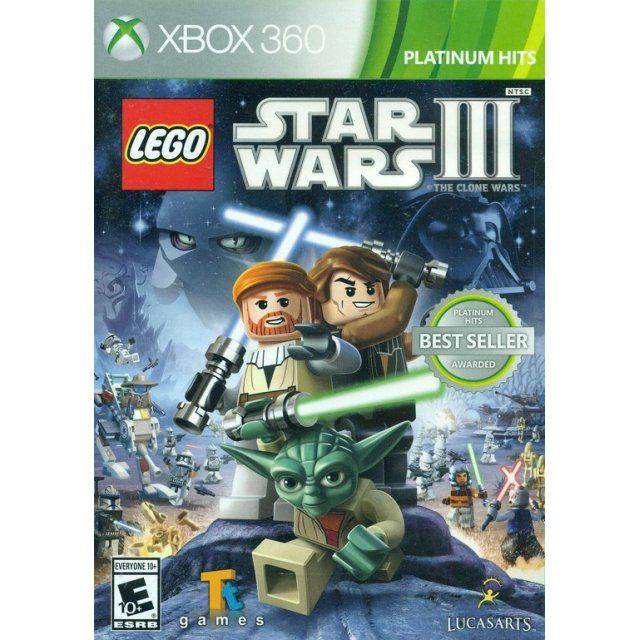 LucasArts
Rated
By Our Customers
Compatible with Xbox360™ (X360)

Works on all systems sold worldwide, a correct regional account may be required for online features.
24h In stock, usually ships within 24hrs.
US$34.99
Our previous price:US$ 39.99
You save: US$ 5.00( 13% )
Manufacturer
LucasArts
Rated By Our Customers
24h In stock, usually ships within 24hrs
Price
US$34.99
Our previous price:
US$ 39.99
You save:
US$ 5.00( 13% )
Play-Asia.com Return & Refund Policy
Click on a thumbnail to see more pictures for LEGO Star Wars III: The Clone Wars (Platinum Hits)

Players will enjoy brand new game mechanics allowing them to create, control and explore in a galaxy far, far away like never before. Promising breathtaking visuals as well as new characters and levels, the game also features the signature tongue-in-cheek humour from the LEGO universe. With over 20 story-based missions and 40 bonus levels spanning the entire Clone Wars era, LEGO Star Wars III: The Clone Wars will allow fans to explore endlessly and laugh their way through the Star Wars galaxy in the most humorous, accessible and action-packed LEGO game to date.

If you are familiar with LEGO Star Wars III: The Clone Wars (Platinum Hits), why not let others know?