No Region Protection / Hack and Slash
In stock, usually ships within 24hrs 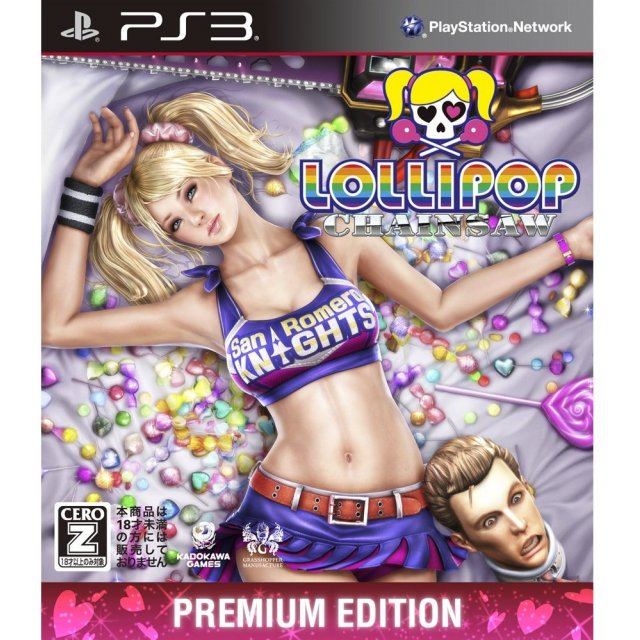 sold Out of print / Out of stock.
Manufacturer
Warner Home Video Games
Rated By Our Customers
Compatible With PlayStation 3™ (PS3™)
Version

If you are familiar with Lollipop Chainsaw Premium Edition (Uncensored & Dual-language audio option), why not let others know?

snowlight (38) on 26, Mar. 2013 20:46 (HKT)
Fun!
Fun game with eye candy protagonist
bldudas (12) on 19, Jan. 2013 00:25 (HKT)
Good game
Lollipop Chainsaw is a good, crazy, zombie game.
hackymho1 (17) on 13, Oct. 2012 19:10 (HKT)
not perfect
lollipop chainsaw is a good game for in between the game has good graphics but a very hectic gameplay and Schwiergkeisgrad or the settings are real schwerr so easy schwerr normal is simple and easy to super hard. the action is very funny and well erzaählt unfortunately the end of the story sucks for a better end to gain you have to save all the friends in the city and it takes far too long to be available, the good and the bad end Solten from the start. Besides others, it's become too much to schwerr all disasters (trophies), the maker of lollipop chansaw have a lot to learn, therefore, only 3 stars
akaHi (74) on 14, Sep. 2012 09:11 (HKT)
Nice!
The best of this version is that you can choice the language!! This is a good choice for who "love american cheerleaders with chainsaw" hunting some zombies!! :P
eduardo_20u (2) on 13, Sep. 2012 05:24 (HKT)
good game
Fun game, but too short.
1 »