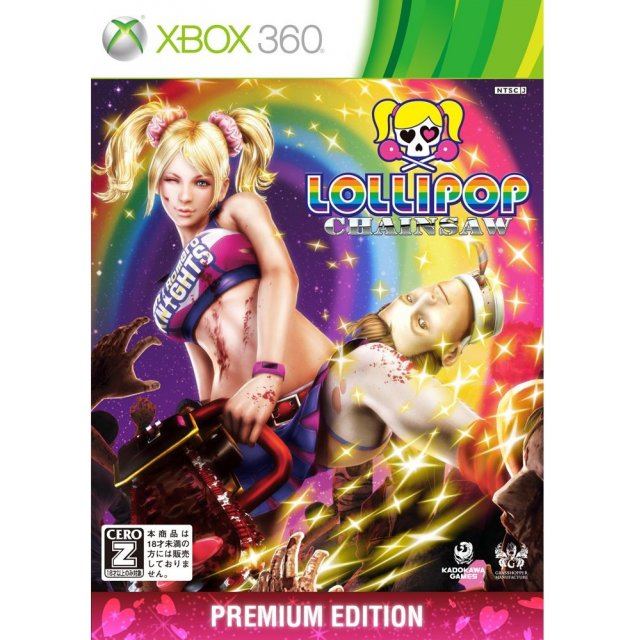 NTSC
24h In stock, usually ships within 24hrs
Price
US$27.99
Our previous price:
US$ 44.99
You save:
US$ 17.00( 38% )
Play-Asia.com Return & Refund Policy
Trustpilot
Trustpilot
Click on a thumbnail to see more pictures for Lollipop Chainsaw Premium Edition (Uncensored & Dual-language audio option)

If you are familiar with Lollipop Chainsaw Premium Edition (Uncensored & Dual-language audio option), why not let others know?