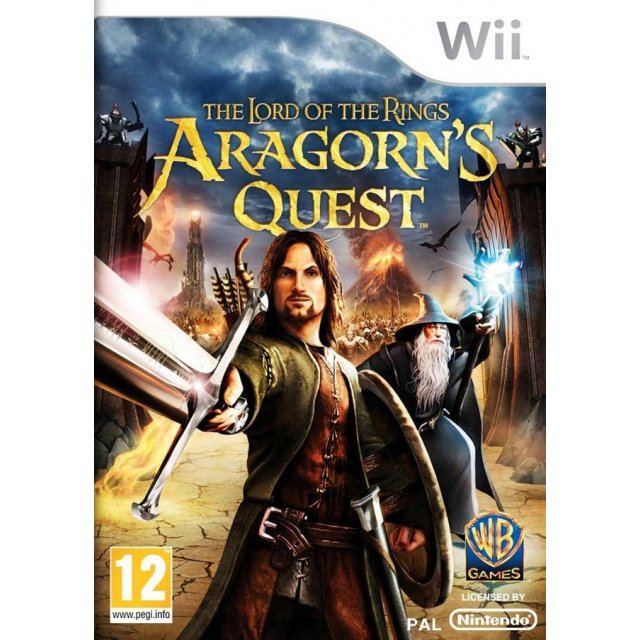 sold Out of print / Out of stock.
Manufacturer
Warner Home Video Games
Rated By Our Customers
Compatible With Nintendo™ Wii (Wii™)
Version

The Lord of the Rings: Aragorn's Quest is the first videogame offering an authentic and accessible The Lord of the Rings gameplay experience designed for all ages to enjoy together.In The Lord of the Rings: Aragorn's Quest, preparations are underway in Hobbiton for a great party to welcome Aragorn, King of Gondor, and honor Samwise Gamgee for his service during the War of the Ring. Samwise’s children are eager to learn more of this great man. Samwise, now Mayor, embarks on a tale of the revered warrior, Strider—as Aragorn is known in his Ranger days—and his most valiant battles.Players assume the role of Aragorn and embark on a single player quest reliving his greatest battles from The Lord of the Rings trilogy. This action combat game allows fans to defend Middle-earth as they wield sword, bow and shield against Sauron’s evil forces. As players progress through the game, they can upgrade Aragorn’s weapons, armor and combat skills to fit their individual fighting style.From the young warrior Strider to the valiant King, every skirmish matters on the adventure to reign supreme!

If you are familiar with Lord of the Rings: Aragorn's Quest, why not let others know?