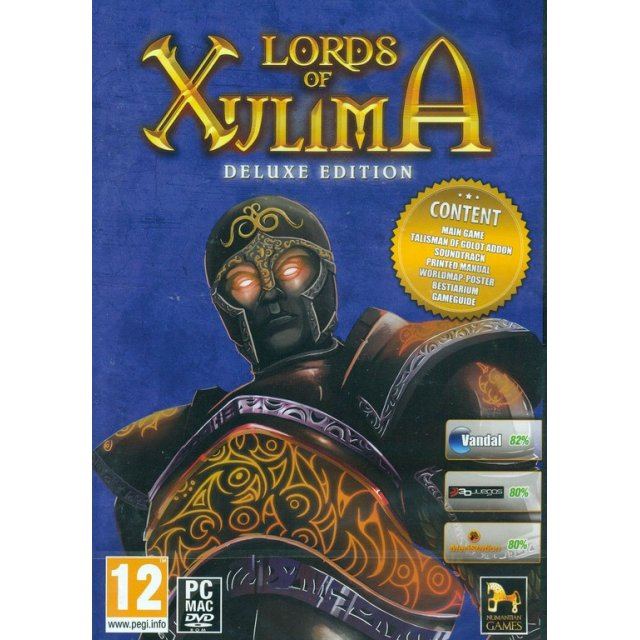 Find yourself within the mythological lost continent of Xulima where the world makers once lived, in ancient times. Lords of Xulima is a classic isometric open world single-player 2D role-playing game set in a world where the story of gods and humans begin.

Long ago, mankind was blessed with the main continent of Rodina and as the passage of time goes by mankind forgets their creators, constructed their own kingdoms and eventually becomes proud and ambitious. Soon a  great war began, dragging every kingdom and village down into an endless spiral of ruin and desolation. Mankind beseeched salvation from the Gods and as an answer to their prayers, Golot the Master of Dreams, chose Gaulen a Herald among men to end the conflicts that withered the lands.

Together with 5 customizable companions with over 100 survival and combat-oriented skills, take on the mantle of Gaulen the Explorer and cross the great sea of Mirovia to reach the land of Xulima. Forge your quest across thick forests, scorching deserts, freezing glaciers, and even through the suffocating heat of a volcano all enhanced by weather effects.Enjoy the game’s tactical based-combat with random encounter system and strategic party management along with a non linear narrative giving players the combination of old-school fun with a modern intuitive interface!

Discover the place where the Gods created the world, the most amazing creatures that ever existed, and the secrets lying within Xulima's ancient towers, temples, and fortresses!

Commander Conquest of the Americas (DVD-ROM)
US$ 9.99

No reviews for Lords of Xulima (Deluxe Edition) (DVD-ROM) yet.