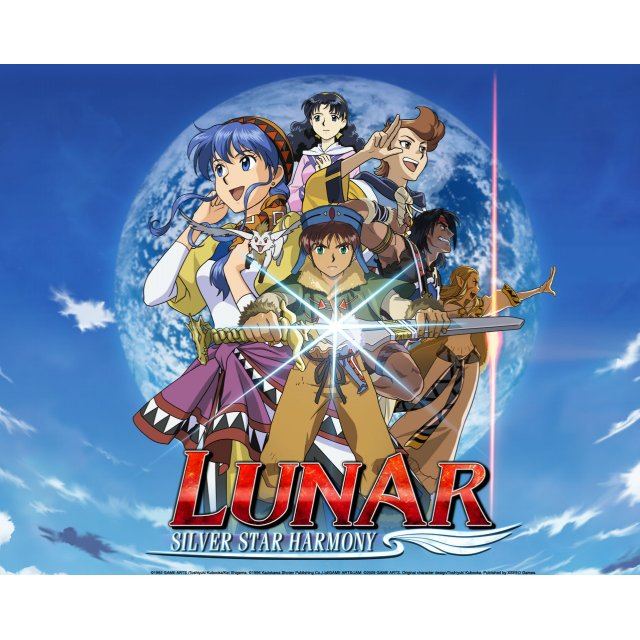 
Click on a thumbnail to see more pictures for Lunar: Silver Star Harmony

While seemingly placid on the surface, the world of Lunar is slowly descending into chaos, as the Goddess Althena, the creator and guardian of the world, has disappeared and the valiant efforts of the legendary Dragonmaster Dyne and his faithful companions fade into obscurity. With Althena gone and no one able or willing to become the next Dragonmaster, a shadowy figure, known only as the Magic Emperor, has started plotting to usurp Althena’s place and become a god. In a remote village far removed from the decay that is slowly spreading throughout the world lives a young man named Alex, who dreams of one day becoming the next Dragonmaster like his hero Dyne. One day, Alex’s friend Ramus convinces him to head towards a cave near town, where it is rumored the legendary White Dragon resides. With Alex’s adopted sister Luna and his mysterious pet Nall in tow, Alex heads off on what seems to be a meaningless adventure, not knowing that it would be the first step in an epic journey with the fate of the entire world at stake.

No reviews for Lunar: Silver Star Harmony yet.