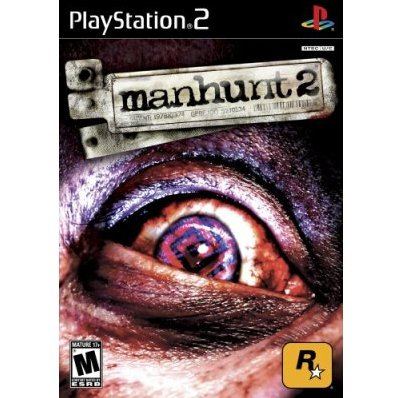 sold Out of print / Out of stock.
Manufacturer
Rockstar Games
Rated By Our Customers
Compatible With PlayStation 2™ (PS2™)
Version


Click on a thumbnail to see more pictures for Manhunt 2

[This review is based on another version of this product]
Fara0n444 (170) on 30, Jun. 2013 12:28 (HKT)
Wii US version.
The game is so so, it is really difficult at times and the primary reason of that is because it suffers from not so polished game mechanics!
The graphics are normal, good for a game originally released like in 2005 if I don't remember wrong.
The story isn't mind blowing either.
I will also say that this second version is a lot more worse than the first one. Even to a point that it killed this series sadly!
So after all this you must be asking yourself why did I buy the game and do I reccommend it??
Well, I bought the game because I originally played it on PC but never finished many years ago, and I just wanted to close that door.
Finally, yes, I reccommend you to buy it.
Why?
Because the Wii lacks on Mature games and even after the bad things said before this is still a playable and fun game.
[This review is based on another version of this product]
lex8448 (7) on 17, Jun. 2011 14:07 (HKT)
Manhunt nailed it
Be fast, Stealth or you will be food. Excellent Game.
[This review is based on another version of this product]
danualwaysplay (568) on 30, Sep. 2010 15:50 (HKT)
Good Game
It's a good game but not great, still the game is worth tp play. It's a Rockstar games!!
arthuroon (88) on 01, Sep. 2010 12:50 (HKT)
somewhat better game than the first Manhunt
I've played the first Manhunt not too long ago and found it not so good.

Surprisingly, this game is better than the first game in terms of gameplay and execution. The escape from the mental hospital is fun and the first few moments in the game deals with using whatever tools at hand to make a getaway.

This game is not as scary as the first but there are enough elements to keep you entertained for weeks while you finish the entire game.
[This review is based on another version of this product]
martin.amr (1) on 18, Jul. 2008 03:08 (HKT)
Manhunt 2 kicks ass....
Manhunt 2 is a great Game...i mean it's Rockstar Games ;-)
What sucks is that this Game isn't fully Uncut,unfortunately....but still great !