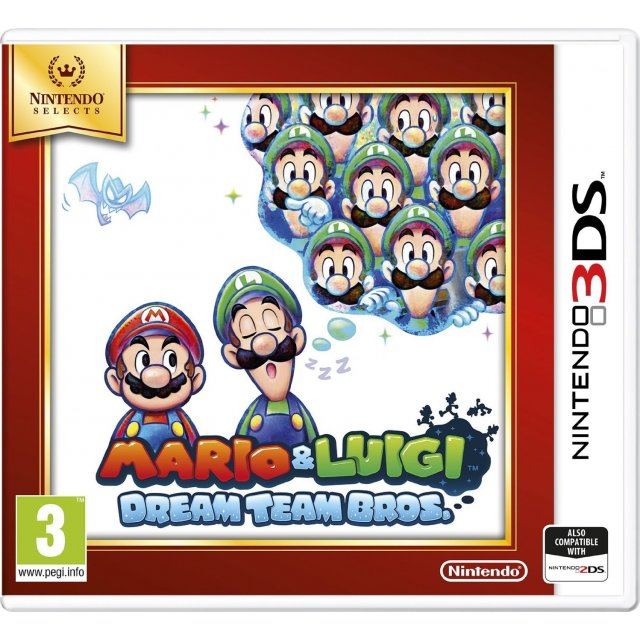 The fourth entry in the popular RPG franchise, play Mario & Luigi: Dream Team Bros. and become immersed in a world of magical adventure that puts Mario right at the centre of his brother’s sleeping imagination!

The Year of Luigi is going strong, and that means Luigi is getting some Nintendo-love, in the form of much more important roles in game releases! As the fourth in the RPG Mario & Luigi games, Dream Team, focuses on a 3D, top-down, overworld - located on Pi'illo Island! Rescue the Pi'illo natives, as you fight side-by-side as the dynamic brotherly duo! Enter Luigi's dreams into the Dream World, a 2D side-scrolling environment, where you will have to meet up with 'Dreamy Luigi'! With a full set of moves, such as Hammer and Luiginary Attacks, Mario will fight all battles with Luigi's dream form.

If you are familiar with Mario & Luigi: Dream Team Bros. (Nintendo Selects), why not let others know?