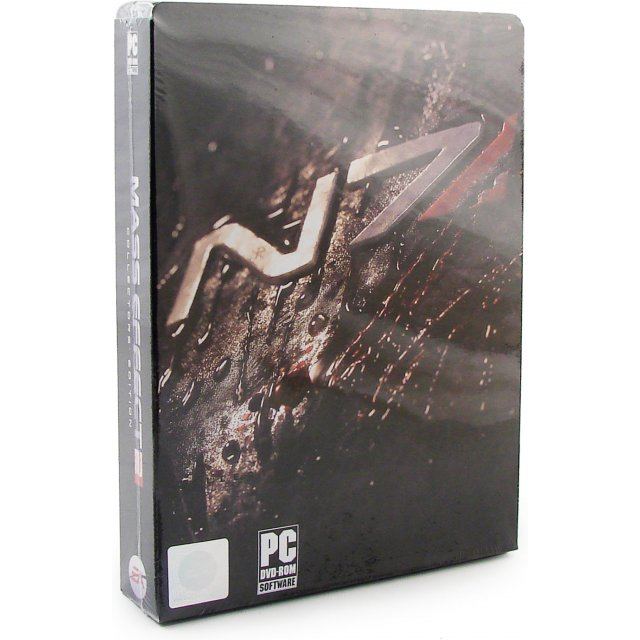 Electronic Arts
Rated
By Our Customers
Compatible with Windows™ (PC)

sold Out of print / Out of stock.
Please take note that, once purchased, this item must be paid immediately and cannot be cancelled or returned.
Manufacturer
Electronic Arts
Rated By Our Customers
Compatible With Windows™ (PC)
Version

Two years after Commander Shepard repelled invading Reapers bent on the destruction of organic life, a mysterious new enemy has emerged. On the fringes of known space, something is silently abducting entire human colonies. Now Shepard must work with Cerberus, a ruthless organization devoted to human survival at any cost, to stop the most terrifying threat mankind has ever faced. To even attempt this perilous mission, Shepard must assemble the galaxy’s most elite team and command the most powerful ship ever built. Even then, they say it would be suicide. Commander Shepard intends to prove them wrong.

If you are familiar with Mass Effect 2 [Collector's Edition] (DVD-ROM), why not let others know?

Asian version is in english so dont worry when buying this.
aureron (24) on 06, Oct. 2010 14:17 (HKT)
Absolutely incredible
This is the best and most immersive game I have ever played. If you have no tried it yet, you will be doing a huge disservice to yourself.

The judges for gaming awards this year will be having a breeze deciding the contenders. Mass Effect 2 will be 2010's GOTY, without a shadow of a doubt.
hgks13 (1) on 29, Sep. 2010 11:03 (HKT)
Mass Effect 2 Best RPG & FPS Combine.
I have played Mass Effect 1 and Mass Effect 2 did it again with many great casts of colorful characters. The casts were given excellent dialogue with one of the best voice acting. The game has given so much attention to thoughtful design even to the minutes details. This has resulted in a vibrant sense of encounter that becomes a constant memorable play. It has a mixture of FPS with RPG combine in such a fun and exciting play that is not all too boring with just RPG alone. Couple with many levels that feels new and fresh every mission every time.
genesys4 (13) on 08, Sep. 2010 11:40 (HKT)
excellent
enough said..
bnest (1) on 02, Apr. 2010 09:42 (HKT)
Buy this edition why you still can!
Mass Effect is one of those rare gems that seem to work on all levels. Its cinematic enough that casual gamers want to keep playing, and engaging enough that the hardcore gamers out there still get there challengers. With Mass Effect 2 this is no different, in fact it surpasses expectations the first game set. With graphics surpassing the first, which some thought was imposable. An a engaging storyline that stays really close to home with the ability to port your character file over and keep over 700 story plots decisions from he previous game.

This being the collector’s edition of the game I thought it best to state if it’s actually worth buying this over the basic version. The answer is a resounding yes! The amount of extra contest you get outweighs the extra cost. In fact if you buy the basic copy you will probably find yourself buying the extra content which will make it cost the same, if not more then the collectors edition. So you don’t have to purchase and download later. Why not just buy it all now in one neat little package :)
1 »