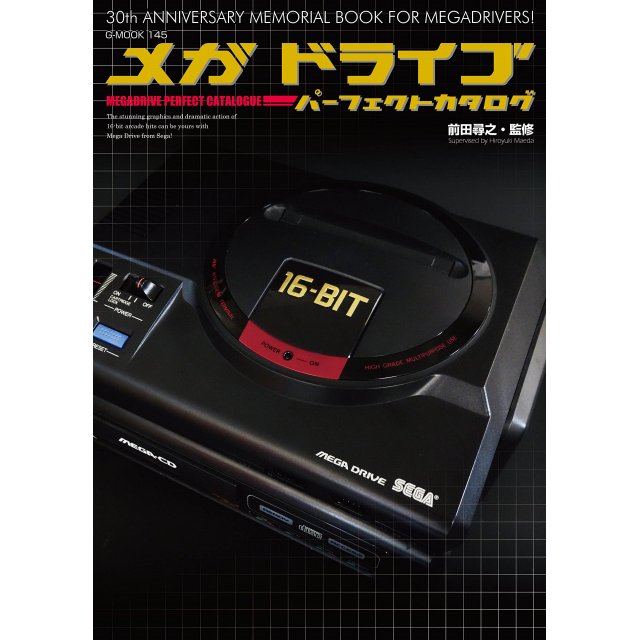 A large volume with 192 pages + full color plentiful photos of hard and soft are posted. One book condensed the appeal of mega drive that is suitable for memorial year as 30th anniversary release! This book approaches the secret of the popularity of such mega drive. It is a book that will inspire young game fans.

Concept
The first 16-Bit console is Sega Megadrive. Originally released in October 1988, this year it turns 30.
With more than 30.000.000 of machines sold worldwide, the Megadrive witnessed the creation of extremely popular titles such as Sonic the Hedgehog, who became a global pop-icon overtaking Super Mario in the US.
This book reveals all the secrets behind the console. Great both for its old owners and young retrogamers, you'll learn all about the glorious Sega Megadrive.

Chapter 2: Megadrive Soft All Catalogue
This chapter will explains all the 554 titles sold in Japan, with box-arts and screenshots

Chapter 3: Megadrive Overseas Soft Catalogue
Discover all the 897 games released outside Japan for Sega Genesis, with box-arts and screenshots

Index of all the Japanese games for Megadrive

No reviews for Mega Drive Perfect Catalogue yet.