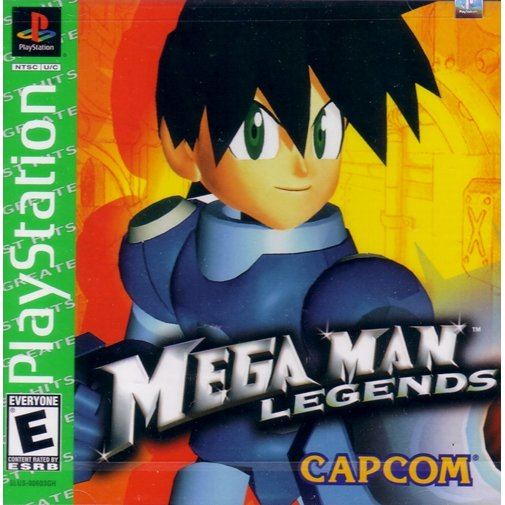 sold Out of print / Out of stock.
Manufacturer
Capcom
Compatible With PlayStation™ (PS™)
Version

In a world covered by endless water... People are forced to eke out a living on the small patches of land that remain above the sea. The people of this world rely on ancient technology driven by quantum refractors, a powerful energy source. These refractors lie in ancient ruins underground and in the sea and are sought out by explorers called Diggers. These brave explorers are the sole source of refractor energy which has become a cornerstone of the emerging civilizations. Originally, this was the Diggers' only purpose; to find refractors so that civilization would endure. However over the years, the story of an incredible treasure, the legendary Mother Lode, began to be whispered among the Diggers. The Mother Lode...a treasure so great that were it discovered, it would provide so much power that the world need never fear of running out of energy.

In search of this Mother Lode, Diggers travel from one island to another in their flying machines ever hoping that they'll find what they seek just over the horizon. Who can say what truly motivates the Diggers? One day a well-known digger, Barell Casket, found a baby in an archeological site. He named the baby Mega Man Voulnut, and raised him with his granddaughter Roll. Fourteen years have passed since the disappearance of Roll's parents while they were excavating a site. Mega Man and Roll have followed in the footsteps of Roll's parents in an effort to both discover the truth of their mysterious disappearance and to find the long lost family treasure ... the Mother Lode.

If you are familiar with Mega Man Legends (Greatest Hits), why not let others know?

matthewkillian10 (3) on 14, Oct. 2009 02:17 (HKT)
Hidden gem
This game is adored by some people and loathed by others. That's not to say it's a bad game though. Megaman has always been known for 2D platforming and shooting enemies but this game takes a strange twist. It's set 2000 years after the X series and is actually rather refreshingly new. Megaman is born into a family of 2 in a very altered world. I'll let you figure out the rest but basically it's a very original and addicting. The main point of the game is to progress the storyline by infiltrating "ruins". These are underground caverns full of robots and the like, they also have extra junk parts you can use to make new weapons. Despite what other people think, I really think this game has extreme potential and if you give it a chance, you just might fall in love with it.
JonX (1) on 28, Jun. 2005 04:27 (HKT)
Good, but not great...
Poor old Mega Man hasn\'t really had it well lately. Most of his recent releases has been plagued with the same old tired platform formula that\'s grown rather stale as of late. Megaman Legends on the other hand manages to throw a few refreshing gameplay ideas into the mix, but it\'s dragged down by the hard difficult level and the fiddly controls. If you\'re just after more of the same old Megaman, then you should just ignore this, but you\'re willing to try something new with Megaman, then Legends might be suited for you.