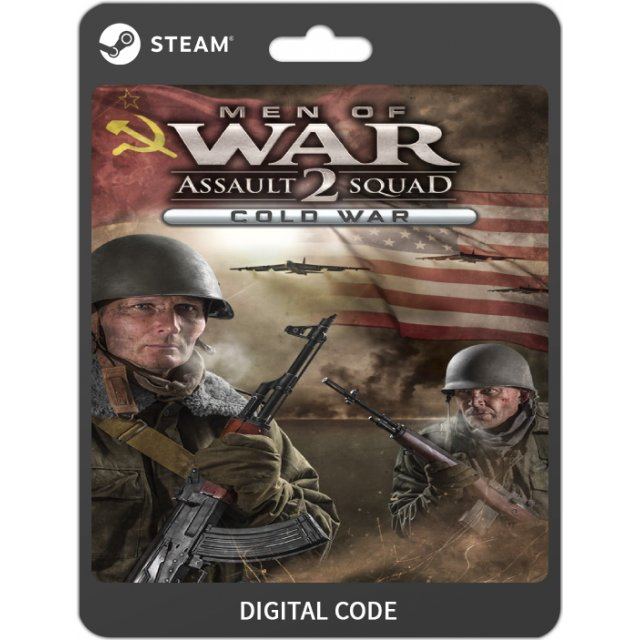 Region Free
This item will deliver instantly in your account. Some orders may be subject to verification by SMS or Voice which may cause delays.
US$16.78
Manufacturer
1C
Compatible With Windows™ (PC)
Version

The legendaryMen of WarRTS series has finally reached the cold war era. Take command of either U.S. or Soviet forces, fulfill mission objectives, and claim victory!

Control vast armies of regular and specialized units, including support vehicles, light, and heavy tanks, artillery vehicles, combat helicopters, and game-changing jet fighters. Take to the battlefields of destroyed cities, fortified border zones, rural farmlands, destroyed airbases, and sleepy winter villages in the latest installment of this classic RTS series, in which strong leadership and good management are the keys to success.

For the first time in the series, dynamic campaign generation makes its debut.Men of War: Assault Squad 2 - Cold Wargives players nearly endless experiences in both singleplayer and cooperative campaign modes!

No reviews for Men of War: Assault Squad 2 - Cold War yet.