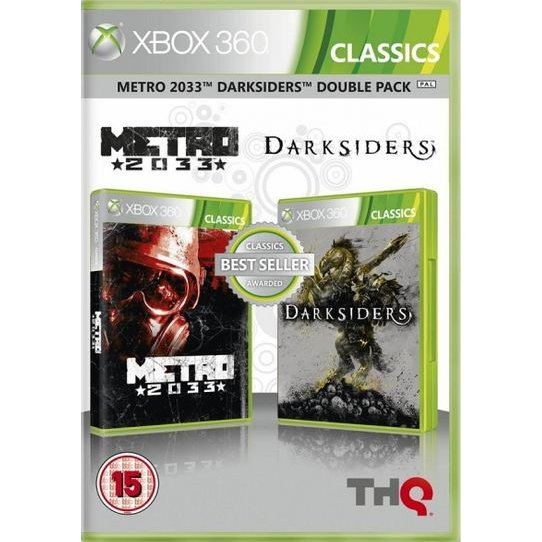 sold Out of print / Out of stock.
Manufacturer
THQ
Compatible With Xbox360™ (X360)
Version

Become humanity's last saviour and uncover the truth behind the horrors that await in Moscow's underground.

The apocalypse came by our own making, with a single blinding flash, followed by a firestorm of sheer flame. It took just an hour and a half to wipe out 3.5 billion people and 10,000 years of civilization, plunging humanity into a hopeless Dark Age.
The survivors moved underground and slowly organized into small tribes, clustered around deserted subway stations. Today, a generation of children born after the apocalypse have no idea what it's like to live above ground. They only know the hellish existence we live in now, where we fight and kill just to survive.

Deceived by the forces of evil into prematurely bringing about the end of the world, War – the first Horseman of the Apocalypse – stands accused of breaking the sacred law by inciting a war between Heaven and Hell. In the ensuing slaughter, demonic forces defeated the Heavenly Hosts and laid claim to the Earth. Brought before the sacred Charred Council, War is indicted for his crimes and stripped of his powers. Dishonoured and facing his own demise, War is given the opportunity to find redemption by returning to Earth to search for the truth—and to punish those responsible. Hunted by vengeful Angels, War must forge uneasy alliances with the very demons he hunts as he journeys across the ravaged remains of Earth on his quest for vindication.

The answers he seeks will lead him to take on the forces of Hell, and reveals a conspiracy in which War is just a pawn in the eternal battle between far greater powers.

No reviews for Metro 2033 & Darksiders Double Pack (Classics) yet.