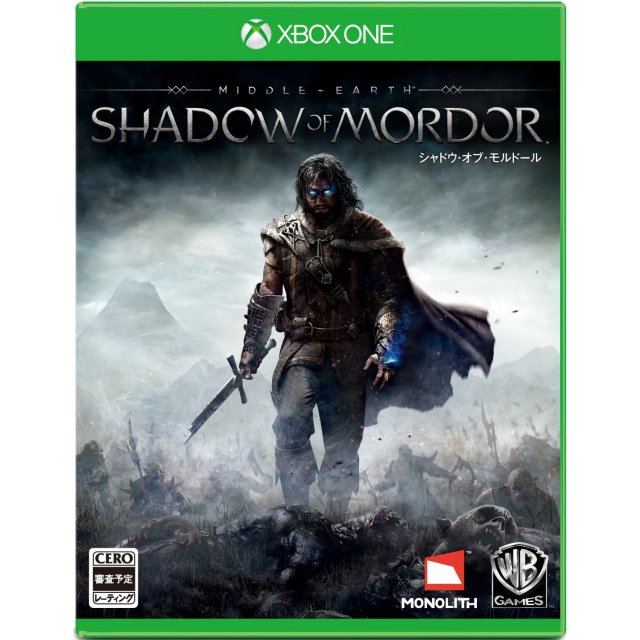 Works on all systems sold worldwide, a correct regional account may be required for online features.
1w Expected stock arrival within 1 week.
US$72.99
Manufacturer
Monolith
Compatible With Xbox One™ (XONE™)
Version

Works on all systems sold worldwide, a correct regional account may be required for online features.
1w Expected stock arrival within 1 week
Price
US$72.99
Play-Asia.com Return & Refund Policy
Click on a thumbnail to see more pictures for Middle-Earth: Shadow of Mordor

Discover the mysteries that Lie in the Land of The Shadows:

In this third person RPG action-adventure game set in the dark land of Mordor, comes a story of mystery and vengeance. Talion, a man that has lost everything, is resurrected from the dead after being possessed by the powerful Wraith, and with this, seeks revenge against those who killed his family.

A Battle Awaits You In Middle-Earth:

This game offers engaging combats and quests, be it missions, or side quests that allow an open world for players to discover for themselves. The war that unfolds in the battlefields of Mordor allows it's players to achieve a dynamic range of skills and abilities as they rise through the ranks while defeating unique and powerful enemies, and surpassing tactical challenges.

A New Way to Play:

A newly developed Nemesis System creates a whole new way for players and characters to interact. Every encounter is unique, with their own set of skills, ranks and memories. These encounters determine their reaction to the player throughout the game. As the character gets stronger, so will theirs.

Put On Battle Gear and Test Out Skills:

As Talion struggles with his two personas, both as a Ranger and a Wraith, players are able to manipulate through levels with both abilities. As a Ranger, Talion is able to trek through the turf unnoticed, while the Wraith in him gives him remarkable abilities against enemies.

No reviews for Middle-Earth: Shadow of Mordor yet.