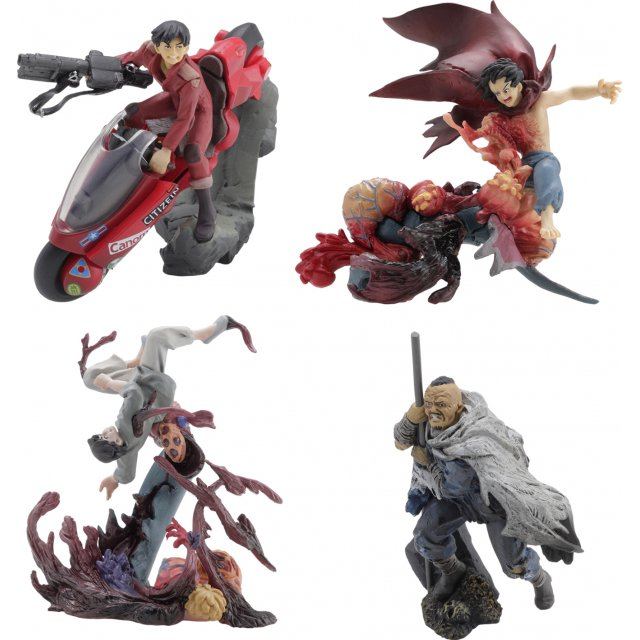 This work, which was serialized in "Young Magazine" magazine in 1982, became an explosive hit with its novel world view, design sense, and power.

In 2002, Kaiyodo became a figure under the collaboration brand "K & M" with Movic.

Reprinting has been awaited since. The modeling by Masahiko Kagawa, which can be said to be overwhelming, is revived in the "miniQ" series.

No reviews for miniQ Akira Part. 4 Decisive Battle (Set of 6 pieces) yet.