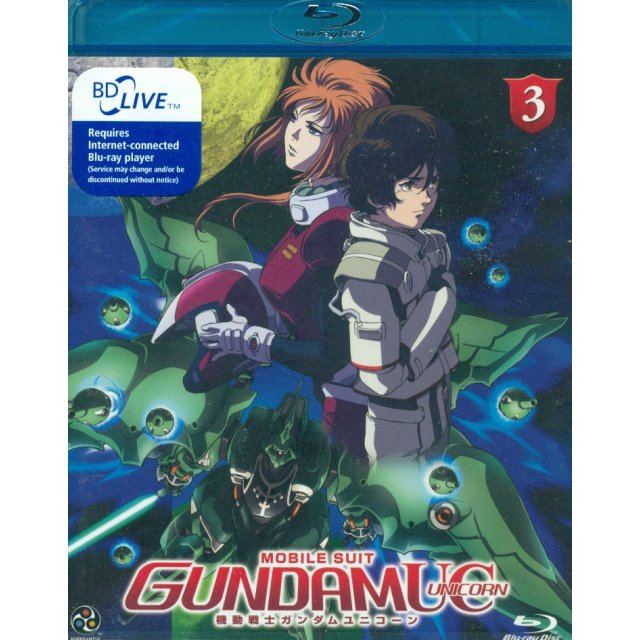 In order to recapture Banagher and the Unicorn Gundam, the Federation Forces launch an assault on Palau, the stronghold of the Sleeves. Thanks to an ECOAS sabotage operation and the firepower of the Nahel Argama's hyper mega particle cannon, they succeed in sealing off Palau's military port, and Banagher takes advantage of the confusion to escape with the Unicorn Gundam. During his escape he encounters Mineva, who is riding with Riddhe in the mobile suit Delta Plus. Accepting her desire to go to Earth and seek a resolution to the conflict, Banagher entrusts her fate to Riddhe's hands. Banagher hurries back to the Nahal Argama, but Marida and her Kshatriya are standing in his way. During his fierce battle with the Cyber-Newtype Marida, the Unicorn Gundam's NT-D system activates, finally releasing its hidden power. In the stunning third volume of Mobile Suit Gundam UC, the newest entry in the Universal Century Saga based on a story by author Harutoshi Fukui, the true power of the Unicorn Gundam now becomes clear!

No reviews for Mobile Suit Gundam UC Episode 3 yet.