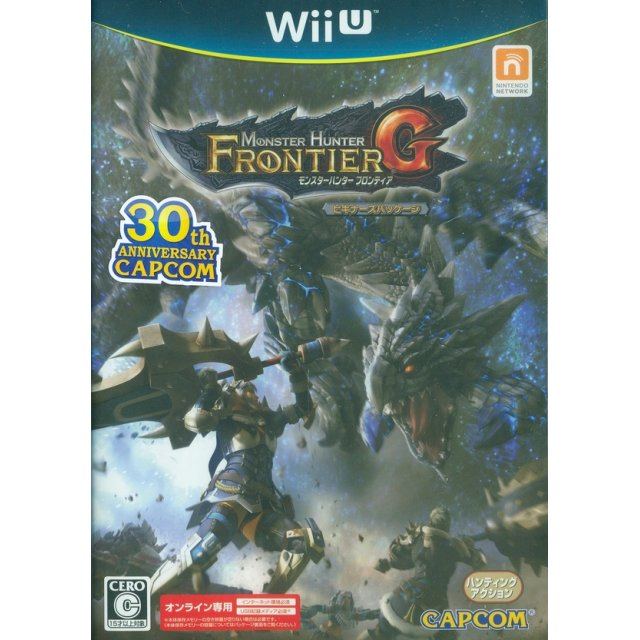 Collections
Capcom
Compatible with Wii U™ (Wii U™)
For JPN/Asian systems only.

A fantasy MMO update to, the title released in 2007, Monster Hunter Frontier! Released for the WiiU and the PS3, althoughthe game will eventually be the same across all four platforms, PS3 and Wii U versions will have separate servers from PC and Xbox 360.Brand new content is overflowing out of this game that will contain 10 new monsters, 21 G-rank monsters, 3 brand new areas, and well over 150 brand new G-class Weapons and Armor! That is only the half of it! – 30 new skills have also been added, increasing complexity of combat, and 11 new weapon types and 4 new elementals to use!For those WiiU users, the titlewill be compatible with the Wii U's Game Pad and Pro Controllers but reports say that there will be no nunchuck control.

No reviews for Monster Hunter Frontier G [Beginner's Package] yet.