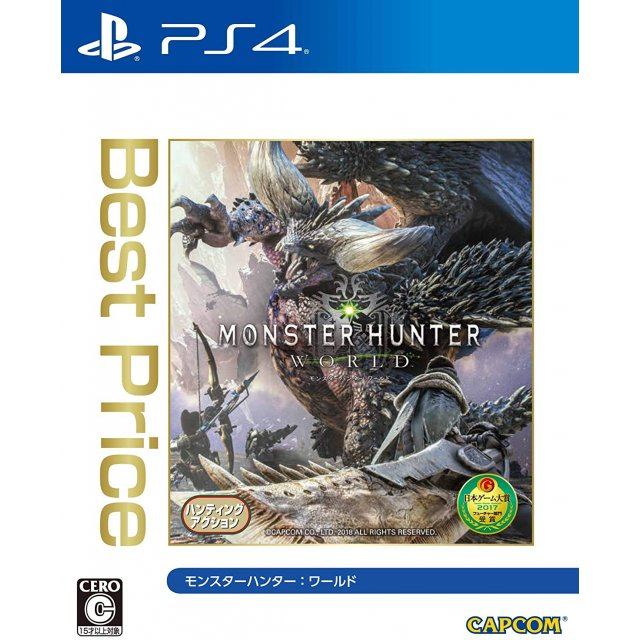 Works on all systems sold worldwide, a correct regional account may be required for online features.
1w Expected stock arrival within 1 week.
US$59.99
Manufacturer
Capcom
Compatible With PlayStation 4™ (PS4™)
Version

Monster Hunter is an action RPG series that puts you in the boots of a hunter,
facing off against gigantic monsters in magnificent, lush environments.

As a hunter, you'll take on quests to hunt monsters in a variety of habitats.
Take down these monsters and receive materials that you can use to create stronger weapons and armor in order to hunt even more dangerous monsters.

The series has achieved worldwide sales of over 40 million units,
thanks to the ability to play by yourself or with other players co-operatively.

In Monster Hunter: World, the latest installment in the series,
you can enjoy the ultimate hunting experience, using everything at your disposal to hunt monsters
in a new world teeming with surprises and excitement.

No reviews for Monster Hunter: World (Best Price) yet.