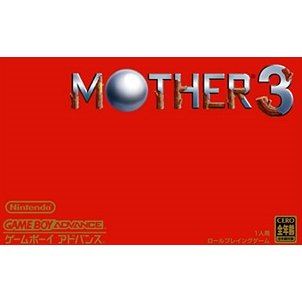 
Click on a thumbnail to see more pictures for Mother 3

I can't even read Japanese - still one of the best games I've ever played.
I'm a huge fan of EarthBound, and the MOTHER series in general, so I was expecting much from this third and final(?) entry in the series. Not only did it meet my expectations, it surpassed them. This game is truly touching. That said, I looked up translation guides online to have a greater understanding of the story, and ...[read more...]

Mother 3 is set in a land called the Nowhere Islands. Chaos ensues in the Nowhere Islands after an invasion by the Pig Mask Army, humans in uniforms that resemble pigs. The Pig Mask Army is named for its creator, The "Pig King". The Pig Mask Army slowly constructs a police state, while performing bizarre experiments on the land's flora and fauna. The invaders also introduce new technology and infrastructure to the islands. The story unfolds in different chapters. The various chapters of the story record the trials and tribulations of a boy named Lucas, his family, and friends, who reside in Tazmily Village and band together to rid Nowhere Island of the Pig Army's influence.

Mother 3 starts out very differently from the first two Mother games. The game is set up into eight different chapters, much like Dragon Quest IV. Instead of focusing on a group of children, it chronicles the story and adventures of Lucas and his family, and the story switches perspective during each chapter. (For example, the first half of the game is played as Flint, Duster and Salsa, but the rest of the game is played as Lucas.) Nowhere Island also changes dramatically due to the influence of the Pig Army, transforming from a simple low-tech rural society to a more modern 21st Century infrastructure that's similar to the first two Mother games. (Hence the game's theme of nature vs. technology) The game also features a more traditional top-down RPG perspective, instead of the oblique projection used in the first two games.

If you are familiar with Mother 3, why not let others know?

burajirujin (12) on 16, Mar. 2011 23:29 (HKT)
Wonderful!!
That's one of the best games i did ever play!!!
Absolutely a masterpiece!!!!
One of the best Gameboy games ever!!!
scourdx (15) on 23, Aug. 2010 23:21 (HKT)
Worth it for any Earthbound fan
For any Earthbound fan, this game is worth every penny. Even if you doesn't understand Japanese, there are dedicated fan who translate this game. It is one of the best RPG for GBA. Sadly it is only available in Japan. :(
Angelo (5) on 23, Feb. 2010 08:05 (HKT)
Awesome RPG
This game is one of the best japanese RPG ever created for the gba it is worth the money and mother fans should be delighted to play this game they took the stuff from the past mothers and put it all into 1 epic gba game this is my favorite out of all the mother games
gdrakemail (2) on 12, Dec. 2009 12:36 (HKT)
Mother 3
Best of the 3.It is more linear(which explains the removal of the teleportation move).It is similar to Metroid Fusion in terms of linearity but overall really good.better than the other 3 in every way possible.It doesn't have to shape itself in an imitation america mold but that only makes it better.Nuff said.
gabitafm (25) on 07, Apr. 2008 13:34 (HKT)
Addictive Funny Impressive!!
This game had all features required for addictive play, and lovely story featuring lots of characters, you should get it, its like one of the best RPG games for handheld consoles and so on, You CANT miss this, although its japanese for EN users, youll love it, worths!!! Very cool!
1 »