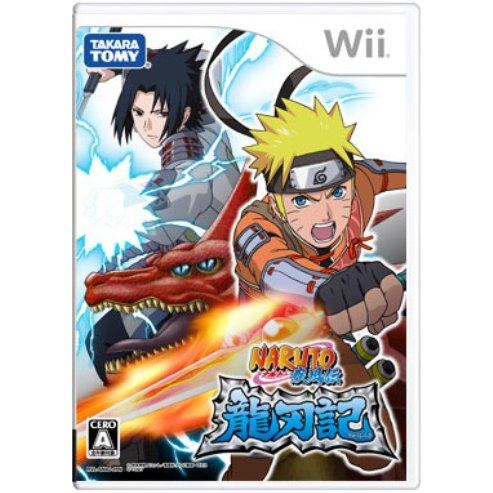 NTSC
1w Expected stock arrival within 1 week
Price
US$6.99
Our previous price:
US$ 28.90
You save:
US$ 21.91( 76% )
Play-Asia.com Return & Refund Policy
Click on a thumbnail to see more pictures for Naruto Shippuden: Ryujinki

Departing from the fighting ring for this game, the Naruto Shippuden cast embarks upon a quest full of action and adventure. This time, they are not only facing hostile ninjas from other villages, they are facing monsters such as rock dragons.The konoha village is threatened by the seemingly invincible rock dragon. Nothing, not even the strongest ninja skills, matches the force of this monster, the only thing that can harm it is the Ryujingi, the legendary Dragon Blade.To prevent the village from annihilation and ferret out the dark forces behind the rise of these monsters, Naruto and his friends set off to their battles.New costumes, new ninjutsu and weapons, release the power in the blades and chase the menace, once again, out of your home.

Fullmetal Alchemist: Daughter of the Dusk
US$ 24.99

Hagane no Renkinjutsushi: Fullmetal Alchemist - Akatsuki no Ouji
US$ 19.99

If you are familiar with Naruto Shippuden: Ryujinki, why not let others know?

jayce_teo (10) on 10, Aug. 2010 00:08 (HKT)
Can't put up no star
This is the second crap game that Tomy has push out of its mill. The previous is Zoids Full Metal Clash. Being a filler like the anime, it is of low budget production making the gameplay stiff. Bad camera angle, with no indication of the enemies' blood level just makes this game a very frustrating one with the player thinking "Are we there yet?"
koksiongt.2005 (22) on 07, May. 2010 09:51 (HKT)
Great game but slightly repetitive
If you are a Naruto fan, this is a game for you. Though typical of such anime tie-ins there is little to comment about the stoyline. Gameplay-wise, the game delivers action which however could have been improved with more of the signature moves.
anigar14 (8) on 08, Apr. 2010 19:37 (HKT)
best naruto
Naruto great game in graphics and gameplay the only thing missing is that the resolution of the game longer. Blame it and the Wii. But very entertaining and better than their predecessors.
DONNIemo (152) on 01, Apr. 2010 20:10 (HKT)
Excelent!
Great game, and thank you Play-Asia for the free Naruto bag too!! A nice suprise, I love it!
strife2188 (149) on 25, Feb. 2010 22:29 (HKT)
good game
it is fun to play but only to an extent if you do not know how to read or speak japanese
1 »